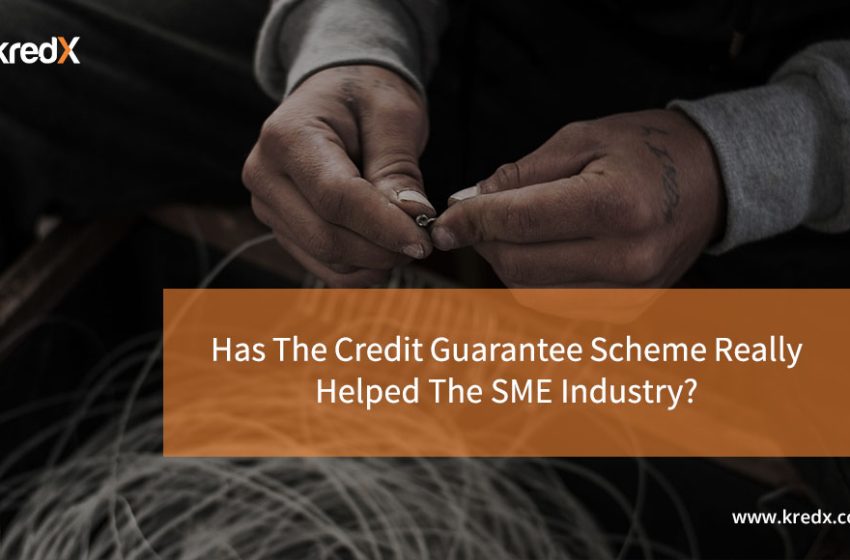 Has The Credit Guarantee Scheme Really Helped The SME Industry?

The improving SME landscape in India is a testament to the efforts of the government through the years. In the past, applying for funding or availing loans for SME’s was no easy task. The decline of the industry served as a wake-up call to the government. To help with this issue, the Government of India and the Small Industries Development Bank of India (SIDBI) set up the Credit Guarantee Fund Trust for Small and Micro Enterprises (CGTMSE) in August 2000 under the Credit Guarantee Scheme (CGS). The CGTMSE was introduced with an intention to allay all issues surrounding loans and funding within the small, micro and medium enterprises segment. The scheme sent out directives to banks wherein they were required to sanction loans of up to Rs.1 Crore without collateral or third party guarantee to SME’s.

While the introduction of the scheme brought about some much-needed changes within the sector, there were still a number of shortfalls. This was primarily due to a low demand of goods produced by the SME industry and cash crunch. The cash crunch was set off because of the ineffective implementation of the Credit Guarantee Scheme. Banks would often chase the bigger entrepreneurs as the smaller businesses needed smaller loans and this incurred high transaction costs for credit origination and follow up to the banks. As a result of this, the smaller businesses began getting sidelined and had nowhere to go to take a loan.

As expected, the SME sector has welcomed this reform with arms wide open owing to the higher credit limit and working capital. This announcement also includes an increase in the maximum permissible bank finance (MPBF) of working capital from 20% to 25%. However, the majority of the small business owners feel that the lending rates are still on the higher side ranging between 18% to 19% typically and would need to be decreased to truly aid the rapid growth of the MSE industry.

This enhancement in the credit limit is expected to bring a rise in the number of new and existing SME’s approaching banks and NBFC’s for monetary help. While the reforms are a move in the right direction, it becomes vital that strict action is taken against those financial entities that deviate from government directives without which any scheme targeted at the SME industry become a sheer waste of time and money.

If your Business is looking for alternative Finance options, you can get your unpaid Invoices Discounted via KredX here.