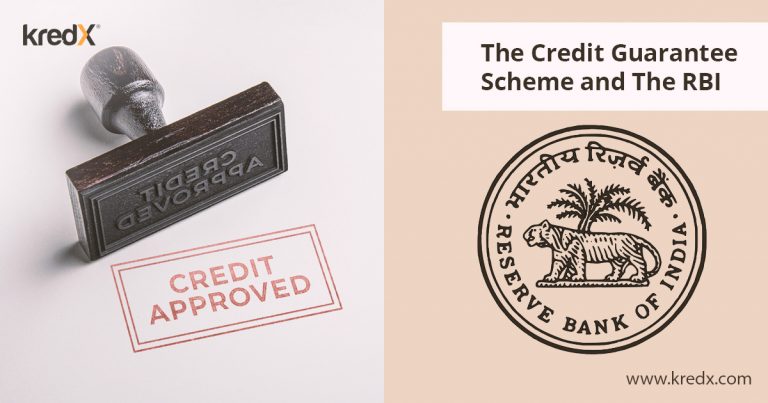 The Credit Guarantee Scheme and The RBI

Since the introduction of the Credit Guarantee Scheme in August 2000, the SME sector has seen some much-needed change. However, there was a widening gulf in the disbursal of loans to these small businesses by the banks. It was discovered that as on May 31, 2016, loans amounting to Rs.1,13,500.61 crore were disbursed whereas the corpus fund only had Rs. 2477.78 crore in it. This mismatch in the funds is bound to create serious issues when liabilities for banks increase since these loans are unsecured. As an impetus to the banks and NBFC’s, CGS backs the lender if the business defaults payments and helps cover the losses. An increasing number of banks have been entering this high-risk segment eyeing the high returns.  There have been reports of certain banks that did not implement the sops announced by the PM.

The tendency of the banks to lend to bigger parties is especially evident in the the Economic Survey 2017-18 data on credit disbursed by banks where it showed that out of a total outstanding credit of Rs 26,041 billion as in November 2017, 82.6% of the amount was lent to large enterprises and MSMEs got only 17.4 % of total credit. A common yet extremely worrying trend. Contributing 32% to the country’s Gross Value Added (GVA), MSMEs also pave the way for industrialisation in rural and backward areas while generating mass employment and adding to the nation’s GDP.

Back in June, 2016, the Reserve Bank of India (RBI) had expressed its concerns about the ease with which loans were being granted under the Credit Guarantee Scheme. The lack of regulatory oversight on the CGTMSE resulted in over leveraging loans without any significant background checks. It was discovered that the Trust in itself was not self-sustaining and even a small percentage of defaults could obliterate the capital of the guarantee fund. Prudent measures to mitigate risks are a requirement to ensure the smooth-running of the scheme.

Interestingly, in the December 2016 edition of the Financial Stability Report, it was seen that banks, particularly the public-sector banks, were under stress owing in part to CGTMSE and in part to demonetisation. There was a significant rise in non performing assets (NPAs), a decrease in profitability and mismatch in liquidity owing to these factors. Though the government mandates the granting of loans to small business predominantly, banks are likely to chase bigger businesses in order to reduce transaction cost in credit origination and follow-up. It is expected of banks to prioritise their profitability over the grander scheme of things. As a repercussion of this smaller business could get sidelined during loan approvals and get passed over for the bigger fish. What could be a possible solution to this is a separate process within the banking industry to cater to the SME sector without hampering the smooth-running of the bank’s’ day-to-day activities.

On the flip side, from RBI’s perspective, a higher credit limit could mean increased funds that are freely handed out to all that approach financial institutions under the CGTMSE. This would further create problems in monitoring the fund disbursal. It is high time that a regulatory body oversees the approvals handed out under the scheme.

While the move to increase the credit limit under the CGS is much-needed to further encourage the SME industry, it is evident that it still requires some degree of restructuring and transparency when it comes to claim settlements. The 2018 Union Budget witnessed some promising proposals for the MSME space and an announcement to back fintechs that can help bridge the credit gap in this sector. KredX is one such invoice discounting marketplace that helps businesses sell their unpaid receivables to gain quick access to collateral-free working capital in 24-72 hours while providing investors with an opportunity to earn low-risk high returns through a unique alternative short-term investment. If you would like to know more about KredX and the services offered, you can visit www.kredx.com or write to us at info@kredx.com.