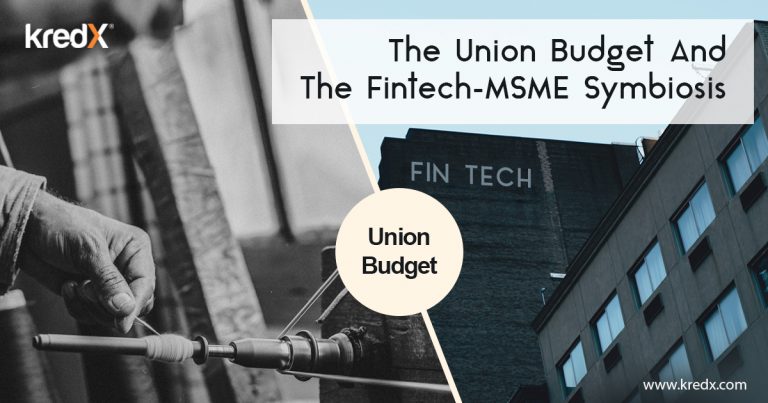 What The 2018 Union Budget Means For The Fintech-MSME Symbiosys

The 2018 budget was a big nod in the direction of the major voting banks of this country. The farmers, the poor and the small-scale industry players struggling to make ends meet. While the middle class has found a lot of reasons to mourn about, it seems that the BJP government in its election-induced hysteria inadvertently managed to craft a budget that spotlights the little guy. An equally important aspect of this years union budget was the acknowledgment laid out to the MSMEs and by natural extension on Fintech companies that provide these small-scale enterprises working capital. The role Fintech plays in bridging the credit gap in this country is immense, they are relied on for the day to day needs of small-scale industries who are looking to eventually scale themselves up.

The Indian financing space is a crowded one, banks, as well as private players, offer very lucrative overtures for the financially deficient middle class of this country. This has been the grown reality for a very long time. At the same time, barring private individuals, the space for funding small-scale industries used to be limited to government schemes and bank loans. In a space of 5-6 years, Fintech managed to transform this space and establish a reliable system that coherently and safely funded small organisations. This was achieved through a rigorous belief in implementing protocols that dealt in technological sustainability.

Steps for The Future

Now that Fintech has been acknowledged as a critical cog in supplying credit for MSMEs, the glowering question now is what next for the industry itself as far as government sanctions for ease of doing business is concerned. Connecting GST with TReDS (Trade Receivables Discounting System) is definitely an important step on the matter. This is because this process will go a long way in establishing the creditworthiness of the establishments that Fintech companies will deal with in the future. Consistent lack of reliable data has been long accepted as a constant thorn on the side of Fintech companies and consequently result in bad loans. The proposed availability of on-tap licenses for Fintech firms that are deliberating on joining the TReDS platform would also aid the seamless transition from the earlier system.

Not Just A Marriage of Convenience

Elon Musk founding up PayPal in 1998 set an impressive precedent for the official commercialisation of the Fintech industry. The way hard cash was used in society has since changed in very meaningful ways. The accessibility digitization has helped make lives easier in important ways. So, the Fintech industry with its propensity for advancements that are convenient as well as smooth, is a rather prolific partner for the SME sector to have. In an effort to bridge the credit gap in the MSME space, FM Arun Jaitley in his Budget speech promised to back Fintechs in the online lending business. However, the biggest dampener for these companies currently is the lack of reliable data on small enterprises which can be circumvented by tying up with TReDS (Trade Receivables Discounting System). KredX COO, Anurag Jain shared a possible solution to this while in conversation with the Economic Times,

The government could also make on-tap licences available for fintech startups who want to set up a TReDS platform.

The sustainable business models inherent in Fintech and the knowledge oriented speculation that is now possible through advanced data analytics platforms, all offer a very strong core through which small scale businesses can be meaningfully funded. This relationship which has been sustaining itself for a few years now can be repurposed into a stronger model of symbiosis with government sanctions that complement it. KredX is one such Fintech that offers invoice discounting facilities in India. Businesses can sell their unpaid receivables on KredX’s bill discounting platform to gain access to quick collateral-free working capital in 24-72 hours while providing investors with an opportunity to earn low-risk high returns through a unique alternative short-term investment. If you would like to know more about KredX and our bill discounting services, you can visit www.kredx.com or write to us at info@kredx.com.