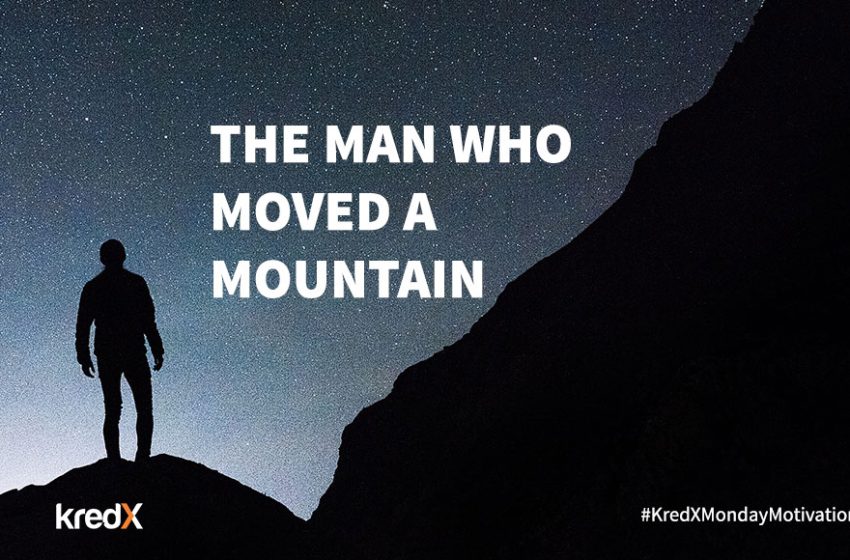 The Story Of The Man Who Moved A Mountain: Dashrath Manjhi

This is the story of Dashrath Manjhi, a landless laborer from Bihar. The story of an untouchable from the Gehlour Hills who with his sheer will and hard work changed the lives of people from 60 villages by single-handedly carving a 360 km road through a mountain.

It was the year 1960. The people of the Musahar settlement in Gehlour where Manjhi and his family lived had to trek up and down the mountain for 75 odd kilometers to get to basic facilities such as hospitals, schools, water supply, etc. Manjhi would climb the mountain every day to work in the fields of a landlord on the other side of the mountain to feed his family. His wife would bring him his lunch in the afternoons trekking up the side of the treacherous mountain.

One such afternoon, Manjhi’s wife was late and he soon began to grow angry. But when she got there, she was bleeding and badly injured. Manjhi’s wife who was in tears by the time she got to her husband had fallen down the slope of the mountain and had injured her leg. This was when Manjhi decided to take matters into his own hands. He sold the family’s’ three goats to buy himself a chisel, a hammer and crowbars to carve a road through the mountain. All he ever wanted was for his people to have access to basic amenities. The villagers laughed at him, scoffed at him and called him a madman. But nothing deterred Manjhi. He kept at it. He would earn his daily wages in the morning and by the dusk return to carve out the road. Manjhi worked with what he had at hand. He lit firewood on the rock and threw water on it so that the rock cracks and it would be easy for him to reduce the rock to rubble. Slowly and steadily, Manjhi carved the road and eventually, people started helping him, gave his family food to eat and began calling him ‘Baba’ out of reverence.

As fate would have it, his wife suddenly fell seriously ill and passed away because she couldn’t be taken to a hospital on time. This only further enraged Manjhi and he vowed to complete the path he had begun carving many years back. He eventually completed the road, 360 kilometers long and 30 feet wide, that benefitted not just his village, but 60 surrounding villages by shortening the distance they had to tread to a mere five kilometers. Manjhi completed the road after 22 years of dedication and hard work. But Manjhi was not done. Soon after he completed the near impossible feat, he went to see the then Bihar Chief Minister, Nitish Kumar, to get the road tarred. It is said that the Chief Minister offered Manjhi his seat out of respect, a monumental gesture considering the faced severe oppression the Musahar caste faced in caste-ridden India up until then.

Unfortunately, Manjhi passed away the following year after a long battle with cancer. But what really stands out is his battle against unfavorable circumstances and his will to change his people’s destiny. It is a testament to everything he believed in. Even today, posthumously, he continues to inspire the people of his village and millions across the country.