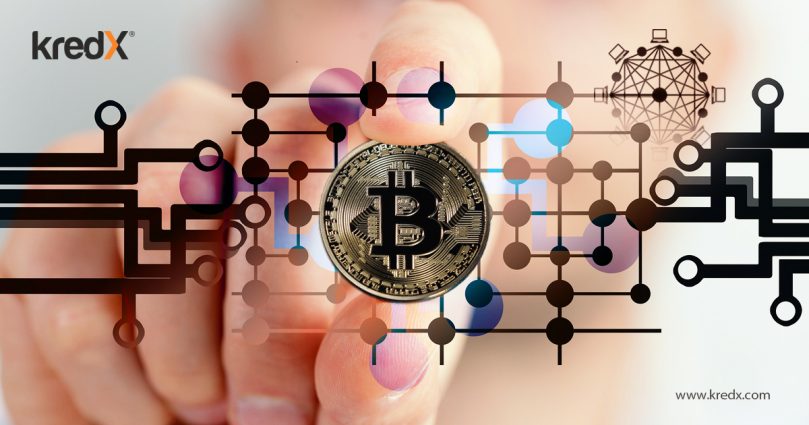 Blockchains, Bitcoins And The Future

Blockchains are digital databases that are linked to each other without a single centralising authority. The autonomy of the blockchain system is an important reason why it is considered to be an important asset in financial remodelling across the world. The idea of Blockchain was originally conceived in 1991 by Stuart Haber and W. Scott Stornetta in a research paper. The actual delivery of the idea from mere theory to reality was done by an unknown person or entity who calls themselves Satoshi Nakamoto in 2008. Soon after, blockchain technology was soldered into public consciousness when Satoshi Nakamoto incorporated it as the underlying core for the cryptocurrency popularly known as bitcoin. Bitcoin, as well as Satoshi Nakamoto, are very compelling stories themselves. The former is a valuable technological faucet that could potentially innovate the economic power centres of the world while the latter is a speculated anarchist with an estimated control of over four hundred and billion dollars worth of bitcoin. The air of anti-establishment is extremely articulative when it comes to both parties.

Decentralisation was the main theme for bitcoins from the very beginning. A monetary system that was capable of functioning autonomously without an authority system in place for regulation. This underlying philosophy governing bitcoin had very strong commitments to “A Cypherpunk’s Manifesto” first published in 1993 by Eric Hughes. A Cypherpunk is an advocate of strong cryptography which prioritises privacy over the internet. The cypherpunk movement gained relevance in the early 1990s when the U.S. was muzzling down commercially developed encryption signatures. The Clipper Chip scandal of 1993 when the government tried to mainstream a chipset with a hidden backdoor that could allow authorities access to all consumer messages was at the very height of the argument between privacy and social security. The result essentially was the cultivation of a largely anarchist group of mathematicians, coders and cryptographers who had very strong policy views regarding privacy. When bitcoin was finally invented in 2008, cypherpunks were essentially the earliest adopters of the technology.

Bitcoin from it’s inception was associated with the unregulated global economy. In fact, the perception that bitcoin networks were only used for nefarious purposes was actually a common narrative at the time. This view was validated by its links with the infamous dark web marketplace known as Silk Road. Silk Road had an odious reputation for selling drugs over the internet with the help of bitcoin. Before the website was taken down by the FBI, it was reported that transactions close to 15 million dollars were happening on it annually. The emergence of bitcoin and the power it gave private individuals invoked many questions of legality. Concerns that ranged from, money laundering to terrorist funding were brought to the fore. The lack of prudence in bitcoin not being attached to the formal banking systems was discussed in depth. The problem was, the early adopters, hackers, libertarians and the cypherpunks were more than willing to overlook these negatives. The community that powers bitcoin has a staunch resolve to promote personal privacy as a global standard. Despite the costs.

Blockchain technology is expected to reorganise the world in very perceptible ways in the coming future. The early adopters here are the Fintech solutions. There are already hybrid financial services that concentrate on providing valuable tools that help leverage cryptocurrencies better. Companies like, Cryptopay and LAToken are true pioneers of an emerging industry that holds so much potential for the future generations. LAToken, in particular, is a fascinating pointer towards the direction the world is heading. The service lets an investor convert their non-liquid assets into cryptocurrency stakes. Meaning a share of your house can be put on the market while you still live in it. As property prices go up, an investor who might have brought your shares as well as you, the owner, can derive profits.

Banks are also expected to benefit from the introduction of blockchain technology. The fundamental area where banks can improve with blockchains is in infrastructure development. Blockchains, if employed effectively are expected to save the banking systems 20 billion per year in costs. The forecasts are already being laid out in alarmists colours, studies are being conducted that confirms the initial speculation that blockchains will be the disruptive force it was thought to be. Recent Deloitte study makes it abundantly clear that blockchains not only decrease the possibility of fraud but can also increase customer retention.

The bitcoin community is built upon very rigid beliefs about privacy, security and decentralisation. These beliefs encompass the developers of bitcoin as well as the miners who basically “mine” new bitcoins by solving computational puzzles. The two groups have been on a disagreement about how to go about upgrading the blockchain network to allow faster transactions. Intrinsically, for both of these groups, the disagreement boils down to the underlying philosophy of Satoshi Nakamoto’s creation. From the minor’s perspective, the solution suggested by the developers which are to allow larger blockchains can lead to small-scale mining becoming defunct and leaving a concentration of power with the larger mining groups. Since bitcoin itself is ideologically placed against centralised power systems, the minors feel very strongly about the developer’s solution. The alternate solution, “SegWit2x”, proposed to increase the size of the blockchain ledger page itself. While this could also solve the problem, the solution itself will leave bitcoin unrecognisable from the original created by Satoshi Nakamoto. The final solution was to “fork” bitcoin into two currencies. Forking is a term that refers to users creating their own versions of widely used open source software because of inherent disputes with the originals. The internal tribulations this split has caused has had very disruptive consequences for bitcoin users. And with projections of a second fork also expected in the near future, it is very hard to predict when a sense of consistency will fall upon the bitcoin community again.

Bitcoin is the first quantified example of how blockchains can be utilized for public sector enterprises. It was not a consumer-oriented service that got developed because of market demand. Bitcoin and blockchains were born out of a social movement that encouraged deregulatory thinking as far as the internet was concerned. In a way, they were political statements as much as technological marvels. The identity of bitcoin will always be submerged in the belief systems of the groups that populate it. It is a service that cannot get over the underlying philosophy that made it possible. Blockchains, however, the core technology that gave bitcoins the popularity that it rightly deserved, it is being further packaged for mass consumerism. The next revolution, devoid of the anarchy, of course, feels like it is right around the bend.