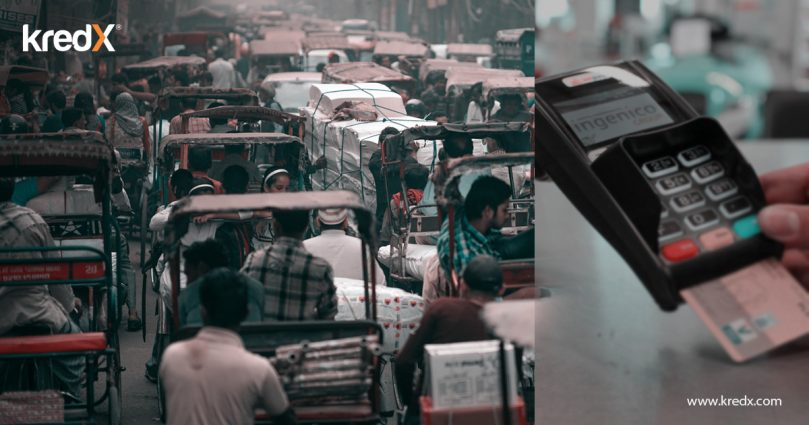 How Realistic Is A Cashless India For The Indian Economy?

Cashless economy embodies the ultimate end product of cohesive social structuring. The idea itself represents the zenith of technological and economic amalgamation. When citizens deal in electronically chronicled cash networks as their sole means for monetary transactions, it is a sign of social upliftment. It means that as a species, humanity has travelled a fair distance from the point in our collective history when commodities used to be bartered for economic fulfilment. The macro narrative behind the idea of cashless economy is all but laced in a very focused sense of progress.

At a domestic level, the dominant narrative from the Indian government implied that cashless economy would benefit over 40 percent of the population who lived on the benefits of formal banking systems. This is an admirable sentiment that goes to the very root of why state-mandated governance was democratically established in the first place. The citizens who fall outside the reaches of government-sponsored resources need to be sought out in proactive ways. This is how society progresses in an inclusive and principled manner. However, considering that the Indian economy itself was over 87 percent made up of hard cash, the drive for cashless India could have been better strategized than it was.

This article will focus on the government’s drive for a cashless economy. The focal points would be the impacts such an overhaul would have on the business sectors.

A Drive Towards Tax Responsibility

Finance Minister Arun Jaitley had said that tax evasion was a way of life for the Indian working class. The recent development of new tax treaties being raised with Mauritius and Singapore are purpose-built to plug the tax evasion shaped hole that has been bleeding the Indian economy dry. From early 2012, it is speculated that 450 billion dollars have gone out of India while the FDI inflows for the same year was just at 150 billion dollars.

The necessity of cashless economy in the Indian context arises from the unwillingness of the majority of the general public to pay their taxes. From a purely administrative position, this is counterproductive for the smooth functioning of any civil society that depends on its citizen’s taxed incomes. It is unquestionable that better awareness needs to be instilled, but those methods of state-directed behavioural change would take years to realistically seep into dominant public mentality. And India is annually losing 2.34 percent of its GDP which translates to 41 billion dollars, right now.

The cashless economic model if effectively employed will resort to the use of digital payment systems that will negate the easy corruptibility of hard cash. Ordinary people and businesses would be deprived of the option of evading tax will integrate themselves with the formal economy. This will pave the path for a sustainable economic structure that will help the government amass its fair share of capital.

The number of debit card transactions already made for the current year is well over one billion. Transactions based on Unified Payment Interface (UPI) has seen a growth of 89 percent on the month of May alone. Paytm minted scores of new users into its service net and churned out profits of over 120 crores per day on an average.

Demonetization had for a brief point of time made cashless transactions a necessity for the urban public. Devoid of cash, the markers laid out during demonetization were very reflective of what cashless economy would actually look like in implementation. It turns out, digital payment systems are very well placed to absorb the best benefits of a cashless economy for obvious reasons. What was not obvious, was the ease and flexibility with which the Indian consumers, as well as businesses, would turn to these methods. Farmer markets in Telangana district adopted token systems that ditched cash. Sex workers took up the nod from the government to precipitate change and adopted Paytm for running their trade, even going to the extent of calling themselves “the symbols of a changing India.”

India is a very long way away from being 100 percent digitally immersive despite the wildly optimistic claim from the government think tank, Niti Ayog that ATMs will be obsolete by 2020. It might be a little more accurate to theorise that on the road to make cashless India a reality, guaranteed growth and profits will fall directly in the paths of E-wallet companies.

The manufacturing sector lost 40 percent of its workforce this year compared to the numbers from 2016. Job creation stands at the very worst in 12 years. With over 21.5 percent of the Indian youth unemployed, the government needs to create over 11 crore jobs per year to accommodate the numbers at hand. Advances made in automation and machine learning have already made the service industry a bare-boned prospect for job creation. Cashless India is a scheme that promotes raw development while sacrificing on the past indexes of job growth.

Taking into account the recent application of GST into the taxation structure, it is obvious that the government is pushing for radical financial modernity. GST can be directly tied to this drive for cashless India because an important aspect of the new tax structure is on online payments. The problem arises from the sheer scale of the Indian economy. There are over 51 million Small and Medium Enterprises (SME) in India. Latest data shows that over 68 percent of these 51 million SMEs are still not GST compliant. Mainly because these small-scale undertakings do not have the capital to scale up their businesses and enter the digital space. Tax accountability is a valiant aspiration but formalising whole industries which provide jobs for over 117 million people, simply required the Government to do more for a smoother transition.

The opposite is true for Fintech. All the pointers for a cashless India are placed very positively for Fintech companies to make a killing. A rapid shift for cashless transactions is still underway with the volume of people using these services still on the surge by at least 59 percent since November 2016. Cashless India has so far made a very clear-cut division between the industries it will obviously benefit and also inevitably harm.

The current government is radically chasing modernity. The rhetoric it has constructed congeals very well with the grassroots identity of an India that is surging forward. The itinerary of the ruling class is glossed in good intentions for the lifestyle quality of the Indian public. At that level, the question is not really about the potency of cashless India. Development is the basic reason why governments are voted to power. Current state-mandated philosophy of progress is more or less on par with this fundamental facet of our democracy.

However, only 28 percent of the Indian population has access to the Internet. Recent reports even suggest that the number might be fewer than this frequently quoted figure. 240 million people in India have no electricity. 2011 census data shows that 41 percent of 246 million households surveyed did not have bank accounts. It is obvious that this drive for cashless India means leaving a huge chunk of the population behind. For a mechanism that propagates progress, cashless India will increase the urban-rural divide in ways this country has never experienced before.