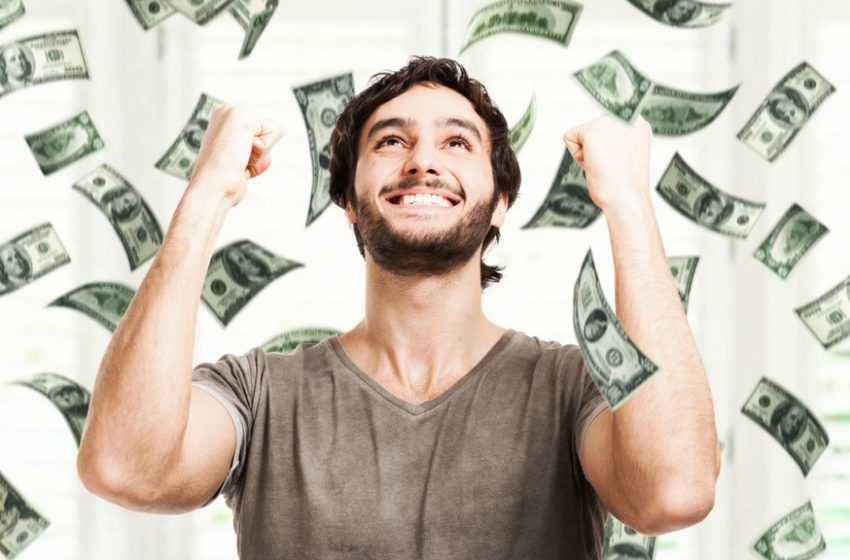 10 Films Representing The Culture Of Money

It is speculated that the first recorded use of money was by the Lydians in 600 BC. Incidentally, the first coin that was ever made had featured a roaring lion. Looking at the world today, the concept of money is still basked in the exact tone of intimidating aggression an ancient tribe had once deemed appropriate 2600 year ago. Money can be as exhilarating as it can be frightening. It holds power that is both terrible and magnificent. In a way, modern society and it’s perceived vitality are just symptoms of money flowing through it in intricately complex ways. The greater malady, of course, is how little of it we actually comprehend.

This is where cinema as a medium holds much scope. Films are ideal instruments for social insight and modern economy with its sinuous perplexities is better represented in visual form. We are here to talk about those films that best portray the causes, effects and consequences of the money culture that has enveloped today’s society. Here are a few of our top picks.

Making a black comedy on the 2008 financial collapse America went through sounds like a tough sell. The Big Short manages to hold it’s own because it represents greed in a highly stylized, chaotic and truly ugly form. Two men (Christian Bale and Ryan Gosling) see the housing collapse coming and decide to make money of the impending disaster that would ruin a lot of lives. The story is exactly as grisly as it sounds. There is a lot of pandering for establishing the idea that concentration of money in the top strata of society has led to the elites contriving to create financial instruments that are unfavourable for the little guys. This is the movie that is well worth the watch because it is entertaining as it is horrifying.

Floored depicts a world that once was. Shouting men and their angry calls that screamed of the emerging spread of commodification. This documentary about the vanished process of Open Outcry method, talks of a manic, frenzied and often irrational instincts that made the trading pit such a tumultuous place. Floored is about the the glory of individualism with all of its terribleness snugly attached and for all to see. You might call these real life men who once screamed their way into financial stability ruthless and selfish. But that is exactly what Floored represents, a voice that objectively speaks of the abject insanity that was one running amok in the trading floors and selling stocks once upon a time

Boiler Room takes off from where floored left off. After the computers came and revolutionized the stock market; what was the new guard like? Giovanni Ribisi does an excellent job of letting you know by portraying this stockbroker who is nothing less than a cold calling prodigy. Thriving on a culture that fetishises money and relates to absolutely no one else. Boiler Room is an authentic act that looks sincere in what it is trying to do.

There Will Be Blood

There is a hatred to this film that can’t be tamed, controlled or reasoned with. There Will Be Blood has an identity that is set in stone and is unflinchingly ill willed. Daniel Day Lewis does an excellent job as Daniel Plainview, the oil pioneer of the century that nursed contemporary capitalism at it’s birth. Make no mistake, this is a ferocious film about men who know of only their ambitions and the rest is just clutter that is in their way. Paul Dano also stars as a duplicitous priest.

Requiem For The American Dream

A very relevant documentary that talks about the consequences of the concentration of wealth. Narrated with multiple interviews of Noam Chomsky, the father of Modern Linguistics, Requiem for the American Dream offers an objective MRI imaging of what America is and why things are the way they are. Here is a film that offers a tight look at the real cost of capitalism and the resultant consumerist culture that is loved beyond anything else. An informative study on prevailing economic structure that is engrossing.

Captain Fantastic is the story of a family of 7 who rejected capitalism and mainstream social structure for a simple life in the woods that ranges from reading Lolita to hunting deer. Viggo Mortensen plays the middle aged dad with a tendency for Ayn Rand esque individualism. There are teenagers who are genuinely unsure if dialectical materialism should be an active part of flirting, a dead mother whose last will specified that her incinerated remains be flushed down the nearest toilet and also, the worst funeral attire ever conceived by man. Captain Fantastic might be a rejection of money and it’s attached vices, but it is self aware of what it is trying to be and the result is that of a wonderfully made family drama about alternate living.

Margin Call is a testimony of how panic seeps. Not downward, mind you, straight up. A young analyst working out of an Investment Bank spots that the market is about to face an imminent collapse and informs the corporate hierarchy. The film is about how different bankers, working out of different executive positions react to the particular piece of news. This is a movie about denial much more than greed, the film explores the question of “where does the buck stop” in the financial world with an eloquent grace that is not common. Paul Bettany, Kevin Spacey and Jeremy Irons stars with a wealth of popular cast.

Wolf of Wall Street is a film about an awful person. Martin Scorsese managed to succinctly capture the worst of Leonardo Dicaprio and made a film around his vileness in an almost heroically enjoyable manner. Based on the infamous Jordan Belfort, Wolf of Wall Street doesn’t apologize for it’s main character. Rather puts him on a pedestal and flings the character’s filthiness right on the faces of the audience. It is a film that talks of a special kind of ruthlessness that is just not aware of human morality. An entertaining film about the who you become as you reach the top of the money chain.

What happens when you have to, at a personal capacity, prevent capitalism from entering your life? Goodbye Lenin is about a son (Daniel Bruhl) who needs to avoid his communist sympathizer mother (Katrin Sass) from knowing about the fall of Berlin Wall, so that her heart condition does not get worse. Director Wolfgang Becker manages to give the plot material the kind of subtlety it deserves. When free market economics is introduced to a traditionally communist ecosystem, the state sponsored products that the mother is familiar with are blown away. After the wall collapses, tourists come from all around  the world. The mother’s recognisable little environment collapses and the son struggles to keep up with the elaborate lies he is concocting about the survival of communism.

There is nothing quite like Fight Club. Rejecting consumerist capitalism with grandiose violence have never quite been done with this flavour of viscerality. When Tyler Durden (Brad Pitt) claims that “you are the all singing, all dancing crap of the world”, there isn’t much visual evidence for the contrary in this movie. Fight Club bruises you with how sharp it is to watch. The recurring rebukes to consumerism are brutally delivered. For example, one of Tyler Durden’s important successes are from selling luxury soap and the said product is apparently made by stealing industrial grade waste produced after liposuction procedures. Fight Club is no intelligent analysis of the modern society’s consumerist mentality, it is rather a tight punch on it’s face with a very sharp instrument tailor made for excavating blood.

Money spawns two kinds of narratives. One of relentless ambition that forgets its humanity and the other of pragmatic altruism that strives to never forget its own humanity. Money might not be a cruel mistress but she definitely suffers from mood swings, at least according to modern cinema.