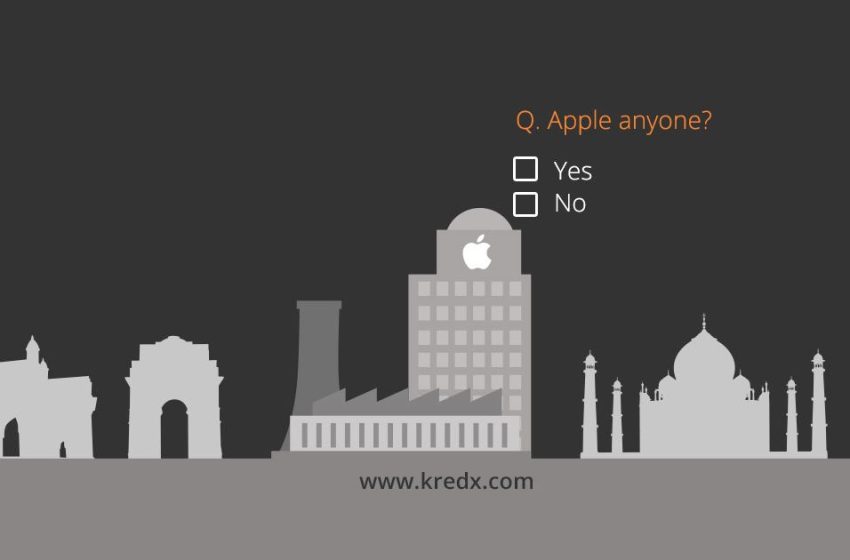 Would Apple Setting Up Shop In India Do Good For The SME Industry?

Tech giant, Apple Inc.’s plans to set up an iPhone SE manufacturing plant in Bengaluru is still in talks. The iPhone maker’s request for tax relief and exemption from customs duty on imported components and equipment for 15 years is being looked into by the Ministry of Commerce and Industry, and the Ministry of Finance. The PMO is expected to make the final decision about the proposal, though it is expected to be a favorable one. If Apple has its way, would it have a positive impact on the country and the SME industry in particular?

Apple’s sales in developed nations and the Asia-Pacific region have plummeted in the last one year. Their next logical step was to turn to India, which was exactly what Apple did. In fact, India recently replaced the US as the second largest smartphone market in the world. When Apple approached the Indian government with a proposal to sell officially refurbished iPhones in India, the government was wary of it. Importing their used phones and reselling them here in India will only increase the nation’s electronic junkyard.

Apple Inc. CEO, Tim Cook, first hinted at India operations in December and by January seemed to roll out a double-edged marketing strategy. Since iPhones are perceived as a rich man’s phone, the company has been making efforts to market the iPhone 5s along with the release of its latest smartphones. They seemed to have chosen the iPhone 5s because it has been the hottest selling iPhone in India priced at Rs. 17,990; the price range for a smartphone that is closer to the sweet spot of the average Indian buyer.

So, why not set up a manufacturing unit for the iPhone 5s? It would be a foolish move if Apple set up a full-fledged manufacturing plant in India for the 5s because it no longer receives software updates. The next viable option was to manufacture the iPhone SE which is currently priced at around Rs. 30,000. But the hope is that, with tax rebates and concessions, the prices too would drop once the phones are manufactured here.This could also work as a positive effect of the Make in India scheme because goods made under the Make in India initiative have not exactly been affordable so far. A ‘privileged’ product like Apple’s iPhone may be the first!

What this means for the SME industry

As a part of the proposal to the Indian government, Apple also wanted a relaxation on the 30% mandate in local sourcing of components. But it would be in the best interest of the country and the SME sector, if the 30% remained. Not only would it create more jobs and boost the SME industry but it would also drive more global tech companies to set up shop in India like Apple is expected to.

The manufacturing unit which is expected to be set up in Bengaluru will be contracted out to Taiwanese OEM manufacturer, Wistron Corp.  If the components are to be imported, it does not leave much room for discounted rates on iPhones. What will change this is if the government agrees to the tax rebates and exemption. But that also puts the government at a disadvantage because there are around 40 other companies that have manufacturing units in India. A preferential rate for Apple would be akin to opening Pandora’s box.

Despite all this, a number of Indian states have been trying to woo Apple to their state but the company is still looking out for the best deal. And unless Apple agrees to the 30% local sourcing mandate, there is no significant reason for SME’s to cheer or celebrate just yet.