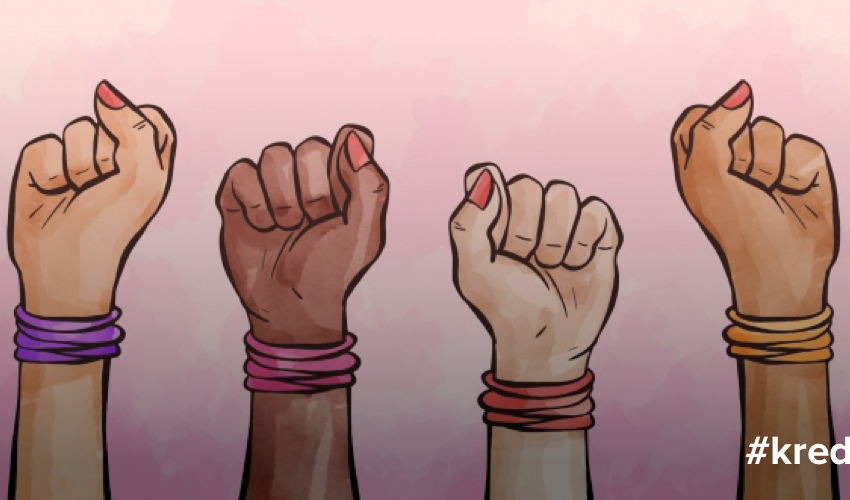 Women Entrepreneurship: The Hidden Strength Of The Indian Economy

Woman entrepreneurship is an ‘ice breaker’ for India’s prolonged struggle to ease the unemployment catastrophe. Read to know the significance of women empowerment.

Being the fifth-largest economy in the world, India is targeting an unimaginably ambitious mission of USD 5-trillion GDP by 2024. At present, India’s GDP stands at USD 2.8 trillion, while economists estimate a 9 % growth to achieve the said figure.

The concern lies in the maintainability of the target as pulling out something extraordinary is inevitable and making things even more difficult is the dipping of GDP growth at as low as 5% in 11 years. No major push from the manufacturing sector despite constructive measures by the government has been the concern for these depleting numbers.

The rising unemployment among the populace indicates the need to make use of the women entrepreneurship in the country, which is a hidden probability of reversing the existing situation.

Analysing The Growth Of Indian Economy

In the next decade, India will take over the world with the largest working-age population. The factors leading to this achievement can be attributed to demographic dividend and an increasingly educated population.

The economic and social development of the country has taken a backseat with the private and government sectors falling back by not creating sufficient jobs. Besides, the growth story, the Indian economy has failed to catapult the role of women.

Indian women entrepreneurs are expected to create 150–170 million jobs which are over 25% of the new jobs required for the working-age population by 2030.

Women have been playing a pivotal role in the country’s economic growth irrespective of whether its household, SME, or corporate, they have been pulling off the diverse characters through their leadership skills.

At present, women own an estimated 15.7 million businesses — 20% of the total businesses in the country, which employs about 22 million to 27 million people in India. The figures look so promising and positive when compared to developing countries such as Vietnam, Indonesia, and Russia, which have over 30% women-owned enterprises. In contrast, developed countries such as the US and Canada have about 40% women-owned businesses.

The numbers show the potential but converting it into fruitful results is where the challenge lies with minimal efforts by the government. The focus should be on high impact women entrepreneurs who can drive the growth of employment or generate annual revenue of more than 20%. They include small business owners and scalers who have crossed initial barriers. These proven entrepreneurs have great potential to create jobs by harnessing the female labour force participation.

The success rate can be maximised by providing access to capital and strengthening business networks for ambitious women solopreneurs and small business owners to scale up through assistance with structured knowledge along with financial aid.

To break away from societal biases and cultural norms and encourage a lot of working-age women who were forced to discontinue but have the desire to enter the workforce. The rural womenfolk who lack the confidence, skills and economic stability to build sustainable businesses must be introduced to more financially stable, vibrant and aspirational agri-business models.

Fostering women entrepreneurship means tackling the unemployment crisis and tapping the resources to the maximum. Farm-based business owners and small businesses are the ones who deserve the much-needed push from the government because the imbalance between India’s economic progress and the decline in women’s participation in the labour force has widened. Channelling the measures to close the current gap in the women’s participation as entrepreneurs can turn the tables for sure while creating a secure future for the growing population of the country.