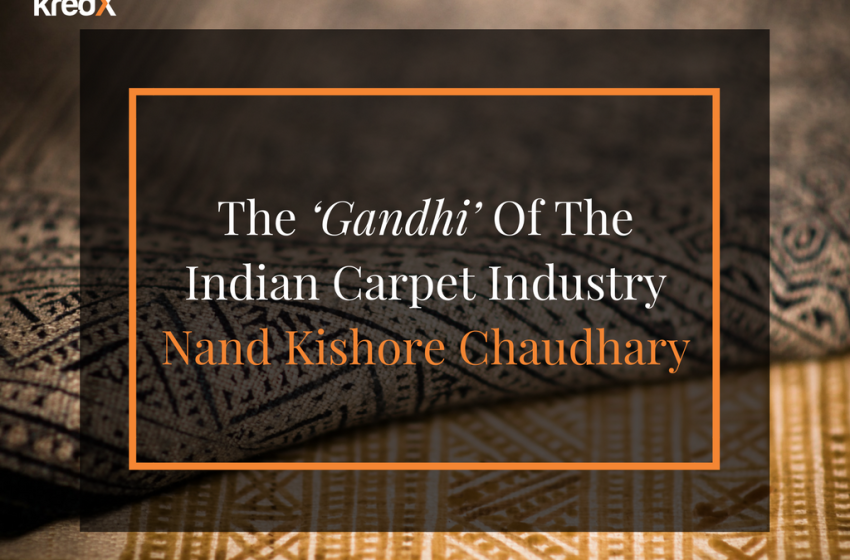 The ‘Gandhi’ Of The Indian Carpet Industry: Nand Kishore Chaudhary

Long before social entrepreneurship exploded onto the scene, a young man from Rajasthan had already begun working on giving artisans from the carpet industry a voice of their own. Nand Kishore Chaudhary, born in 1953, instead of settling for a cushy life decided to venture out on his own into the world of knotted carpets and rural India.

N.K. Chaudhary was always fascinated by carpet making and had seen the plight of the artisans involved in it. He noticed that the artisans were being exploited by middle-men who bought hand knotted carpets from these artisans and sold it in the markets. In essence, middle-men ran the carpet industry and the poor weavers were only getting poorer. This catapulted Chaudhary to working out a social business model where these artisans would be put in touch with global buyers directly. Thus came into existence, Jaipur Rugs, in 1978. Through this, Chaudhary created a global supply chain that encouraged weavers at the grassroots level and provided impoverished men and women from rural parts of India.

What started out as a journey with 9 artisans, 2 looms and Rs.5000 that Chaudhary borrowed from his father, in 1978 has grown into a social enterprise with over 40,000 artisans spread across 10 states in India today. In 1989, the Jaipur Rugs began employing tribals from Gujarat that marked a monumental move in the social enterprises sector, their strongest artisan network to date. Soon, the company also added tribals from Rajasthan to its growing chain of weavers, providing livelihood to people from the most depressed parts of the country. Their work went on to win many national and international awards and accolades. Most recently, their work from the ‘Project Error’ collection became the only rug from Asia to win a special mention in German Design Award, 2016.

Chaudhary also went on to establish the Jaipur Rugs Foundation that works towards making better entrepreneurs out of these artisans by giving them the necessary skills training and social interventions. He was recently a speaker at TEDx in IIM, Ranchi where he spoke about his experience being a social entrepreneur and empowering rural India.

N.K. Chaudhary’s journey to build and empower the carpet weaving industry is an inspiring story for anybody hesitant to enter the world of social entrepreneurship. From being nondescript, impoverished artisans to business owners, Chaudhary has not only given rural India a voice but also set the wheels of social change in motion. There is immense potential and dormant wealth in the traditional industries of India that are just waiting to be tapped into.