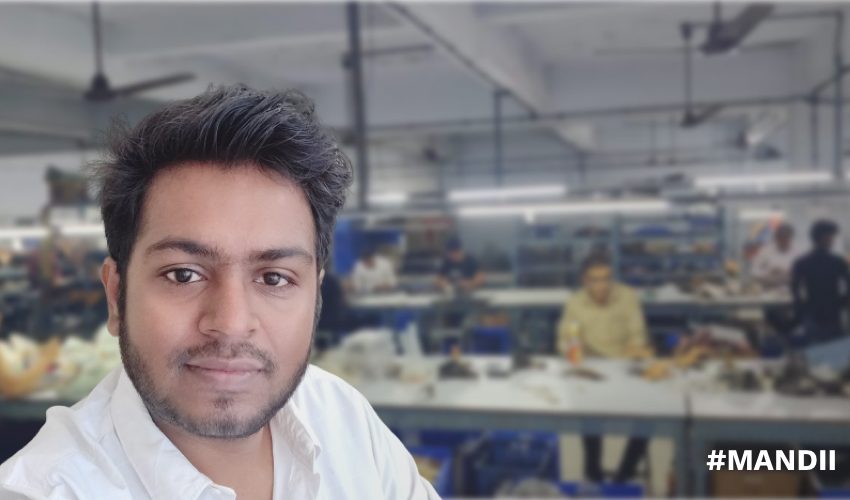 Orchid Shoes: Survival Of The Latest

When they tell you that change is the only constant, they are actually giving away the secret key to survival in this changing world. This story is of an entrepreneur who not just found that key but used it to its full capacity to unlock the beauty of the changing world. What was that key? Well, stay with us, and you might find yours too!

Siddhant Salunkhe’s story takes us way back to the time when India was ruled by the British. His great-grandfather would make shoes for the British officials in Mahabaleshwar, a small town of Maharashtra. The passion for shoes passed through generations to reach Siddhant’s father, who was equally enthusiastic to take the business ahead and hence shifted their base to Mumbai.

Though Siddhant was pursuing his Bachelors in Management Studies at the time, he had a keen interest in joining his father at Orchid Shoes and understanding the shoemaking business. Soon enough, Siddhant found himself living his goal. From 2014, Orchid Shoes had become Siddhant’s favourite location. Realising the vast difference between theoretical knowledge that he had acquired and the practicality of an Indian business, Siddhant decided to work in every segment of his company to get a hold of all the inside nuisances, issues, strengths and weaknesses. Siddhant could now broadly understand what was holding Orchid Shoes back.

Though he was not someone who could make shoes like his earlier generations, Siddhant became well-versed in the art and nitty-gritty of the shoemaking process. Putting his knowledge and observations into perspective, Siddhant started making small changes inside the company.

Earlier his father would be working on every aspect of the business. But Siddhant decided to divide work into well-defined departments and hire people suitable to each. Yes, it was gradual, but Orchid Shoes was evolving. Gathering merely 15-20 employees, Siddhant set up a defined organisational structure. Slowly and steadily, he also realised the repetitive challenges that a shoe manufacturing business faces on a regular basis. Right from replication by an unknown competition to better pricing deals by known competitors, the world of fashion was a difficult one to top.

The Pandemic’s Impact On Orchid Shoes

Noting down every issue and its learning on the way, Siddhant had a plan in place by February 2020. But before anything could be executed, the unexpected happened. India went under lockdown, just like the rest of the world. The pandemic had scared away all brands, retailers, and businesses. Orchid Shoes temporarily shut down in March.

There was a huge stock of finished goods and a tall pile of cancelled orders; there were vendors who needed to be paid and loyal employees whose families had to be fed. Siddhant had a huge challenge before him. His anticipation of the pandemic’s duration had not been accurate, just like the rest of us back then. The lockdown went on for well over four months. And even that was not the end of it. Until the retail market opened, Orchid could not get back on track. The struggle went on for several months, even after the lockdown was lifted.

But what else could be done differently during the lockdown phase except sit tight and watch plans for the year burn? But Siddhant had other ideas. All that he had gathered in the past six years of working at Orchid Shoes was now staring right at him. The world was going digital and if Orchid sticks to the traditional outlook, was there even a chance of survival? Foreseeing all the changes in the shoemaking world, Siddhant started building up a digital business. Right from computerising all their data, learning new digital skills, to teaching how to use the internet and digital tools to Orchid’s staff, Siddhant did it all.

After fixing the internals, he shifted focus to the external changes. India-China relations were fast-changing, and ‘Atmanirbhar Bharat’ was India’s new agenda. So, Siddhant took the next major step in Orchid’s journey to survival—preparing it for reduced raw materials and vendor support from China.

Yes, having video calls instead of a cup of tea with shoe vendors in India was a huge challenge. But Siddhant looked up a number of Indian vendors and selected just those who wanted to embrace change.

Siddhant and his company had been trying to master a complicated construction of Ballerina shoes for over two years now. The big plan of February that did not happen? Well, it was this huge machinery that Orchid had procured from China for creating the perfect Ballerina Shoe. Siddhant saw this as a humongous opportunity when the markets would come back to normal. The Ballerina Shoes that only Brazil and China had been providing could now be provided in India!

Hence, Siddhant utilised major lockdown in bettering this product—researching and developing the ballerina shoes to perfection. This involved contacting the Chinese to understand the working of this machine, training under-skilled labour and then conducting a million trials to finally produce perfect international-standard Ballerina shoes.

With Orchid’s business now back on track within a small time period, Siddhant confidently claims that it will double in revenue this year, all thanks to the new product lines.

Today, when asked how he feels about the unprecedented lockdown and where the trends of retail business were heading, Siddhant replies in his ever-calm manner: “I don’t know how businesses which do not wish to evolve themselves and their products are going to survive over time. All I know is that Orchid will always keep producing new and improved products that pass the test of quality and latest fashion trends.”

After knowing Siddhant’s story of survival, we now have one question for you as well. Could you find the key that you were looking for?

MANDII is a credit platform for MSMEs that helps businesses grow by providing financing options as per the borrower’s requirements. The MSME Spotlight initiative is a part of MANDII – through which we aim to bring out the inspiring journey of entrepreneurs and their mantra to flourish amidst challenging times.