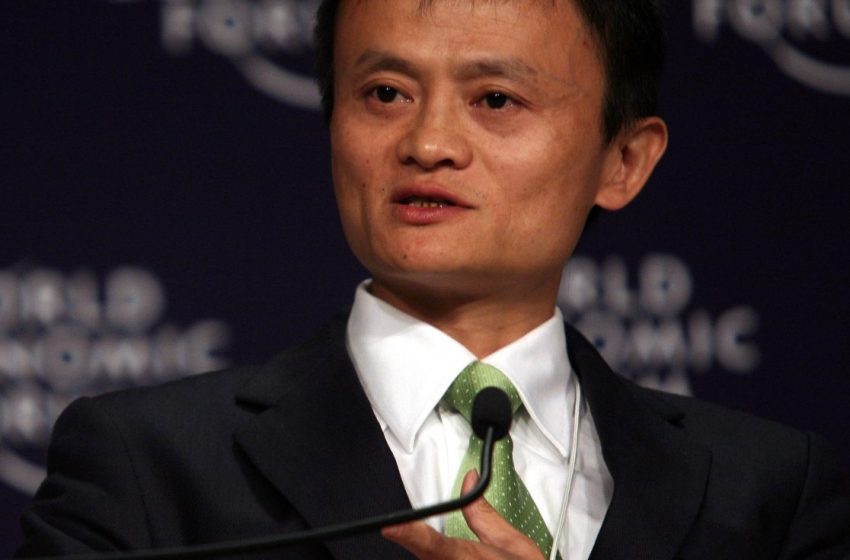 Rejected From 30 Jobs To Becoming The Richest Man In Asia: The Story of Jack Ma

In the year 2014, a relatively obscure Chinese company offered its IPO in New York, setting a record as the world’s biggest public stock offering. Not only did it make its founder the richest man in China, but it also went on to make him the 14th richest man in the world! This successful man is Ma Yun, popularly known as Jack Ma, and his story is a true rags-to-riches one.

Jack Ma who is currently valued at $41.8 billion is the founder of e-commerce giant Alibaba and a 50% stakeholder at Alipay. You might think it’s the story of a rich, arrogant billionaire who hasn’t seen the dark. Don’t be mistaken by the numbers. As simple and easy as it may sound, Jack Ma has had it hard in life to get where he is today. His story is the best motivation for anybody who has given up all hopes in life.

Jack Ma who is currently valued at $41.8 billion is the founder of e-commerce giant Alibaba and a 50% stakeholder at Alipay. You might think it’s the story of a rich, arrogant billionaire who hasn’t seen the dark. Don’t be mistaken by the numbers. As simple and easy as it may sound, Jack Ma has had it hard in life to get where he is today. His story is the best motivation for anybody who has given up all hopes in life.

Jack Ma was born in 1964 in Hangzhou, Zhejiang Province, China. He began studying English at a very young age and practiced English daily by conversing with English speakers. Jack continued associating with English speakers to improve his English language for nine years and one of his friends named him “Jack” because he found it difficult to pronounce his Chinese name.

Later in his youth, Jack struggled to attend college because Chinese entrance exams were held only once a year and it took Jack Ma four years to pass his exams. Jack went on to attend Hangzhou Teacher’s Institute and graduated with a B.A. in English.

After graduating from college, Jack had applied for 30 different jobs but was rejected by all! He applied for a job with the police where they rejected him saying “You’re no good”. He then went to KFC when it was newly opened in China and out of the 24 people who applied for the job, 23 got selected with only Jack was rejected. In addition to this, he had applied ten times to Harvard and got rejected all the times, but that clearly didn’t stop Jack Ma.

In the year 1995, Jack had been to the US with his friend’s help and got introduced to the internet. During his first encounter with the internet, he searched for the word “Beer” and he found information about beer from many countries but was surprised to find none from China. Further, he tried to search for general information about China but again there was no information.

This was the turning point in his life. Jack Ma and his friend created a website related to China. Within three hours of launching the website, he received several calls and emails from the Chinese who were curious about his company. Jack knew that the internet had something great to offer especially in global trade. Jack, his wife and his friend borrowed money and started a company called “China Yellow Pages” that was dedicated to developing websites for Chinese companies. “China Page” listed Chinese businesses and their products online. Within three years of starting the company, they made $800,000. Believing that “China Page” would get better funding, he teamed up with a Government entity that had major control over his business. Unfortunately, the entity brought along the rigid bureaucracy that suppressed away many of Jack’s visionary projects and eventually he quit the company.

From his failed partnership experience with the Government, Jack learned about the inefficiencies in the Government and vowed to never do business with them again. Post that duration, Jack took up a Government job for a short period at the Ministry of Foreign Trade and Economic Cooperation where he built important connections with influential people that would later help him in his life and business venture.

In 1999, he quit his job and returned to Hangzhou with his team and founded Alibaba. Alibaba was a China-based business to business marketplace website that he developed with 500,000 Yuan. In the years 1999 and 2000, Alibaba got double funding of $25 million foreign venture capital investment to improve the domestic E-commerce market and optimize the global e-commerce platform for Chinese enterprises, especially small and medium-sized enterprises [SME’s]. Jack wanted to improve the global e-commerce system and founded Taobao Marketplace, Alipay, Ali Mama, Ali Express and Lynx. After the rapid rise of Taobao, eBay offered to purchase the company. However, Jack declined their offer and instead garnered support from Yahoo co-founder Jerry Yang with $1 billion investment.

In the year 2012, two of Alibaba’s portals handled $170 billion in sales. In the year 2014, Alibaba raised an initial public offering of over $25 billion on the New York Stock Exchange making it one of the most valuable companies in the world. To put things into perspective, Alibaba has surpassed Walmart as the world’s largest retailer with operations in over 200 countries as of April 2016 and is worth more than Facebook and it processes more goods than eBay and Amazon combined together! Jack Ma has often been invited to lecture at universities such as the Wharton School of Business, MIT, Harvard and Peking University. Not bad for somebody who was once rejected from 30 jobs huh!

“If you don’t give, you still have a chance. Giving up is the biggest failure.” – Jack Ma