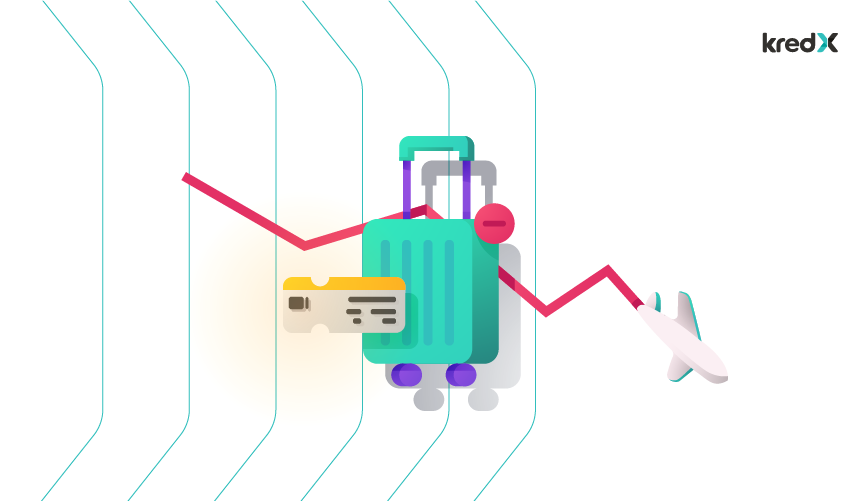 Navigating Through Turbulence: An Overview Of The Post-Pandemic Aviation Industry

Travel. Something most of us have had to forfeit for the last two years. We did it for our safety and as a requirement of the times, but what are the effects of this decision on the industry that took the biggest blow?

We’re about to dive into the journey of the airline industry pre-covid and, more importantly, post-covid.

The Aviation Industry is one of the significant contributors to the global economy. Over 30% of international trade happens by air, and 60% of international tourists choose air travel. The commercial airline industry supports 80 million jobs globally and contributes to 8% of the overall GDP.

Similar is the case in India, the civil aviation industry of India is one of the fastest-growing industries.

The International Air Transport Association (IATA) claims that India is expected to surpass China and the US as the world’s third-largest air passenger market in the next ten years. That said, the figures growing leaps and bounds suddenly had to take a rain check in March 2020.

2020 was not a great year for most industries of the business world. But 2020 proved to be the worst nightmare for the aviation industry, and it was termed “the worst year in the history of air travel demand”.

The report from the 60th Annual Symposium of Airline Group of International Federation of Operations Research (AGIFORS) states that in April 2020, two-thirds of the world’s fleet was grounded, 90% of domestic airline operations were halted, while international operations saw a 98% decline. As per International Air Transport Association (IATA), global passenger traffic declined by 65.9% compared to 2019.

India saw a complete suspension of flights from 23 March 2020 and 25 May 2020, after which a few scheduled domestic flights restarted operations. The situation of India’s two biggest airlines, IndiGo and SpiceJet, paints a broad picture of the entire industry. IndiGo suffered net losses of ₹2,884 Cr and ₹1,194 Cr in Q1 and Q2, respectively, while SpiceJet incurred net losses of ₹600 Cr in Q1 and ₹112 Cr in Q2.

Losses resulted in thousands of layoffs and pay cuts. Moreover, the government also had to decide to extend the deadline for submitting bids for Air India five times in 2020.

Constantly growing Aviation Turbine Fuel prices are another primary setback for the aviation industry. ATF constitutes 30-40% of the total running cost of the airline. Rising ATF costs are linked to the continuously increasing crude oil prices. Starting from $19/barrel in April 2019, crude oil prices reached the range of $74/barrel in December 2021, as per the report in Financial Express.

Crude price hike and, in turn, ATF price increase combined with declining revenues and erratic operations has proven to be one of the significant worries of the aviation industry since the pandemic. 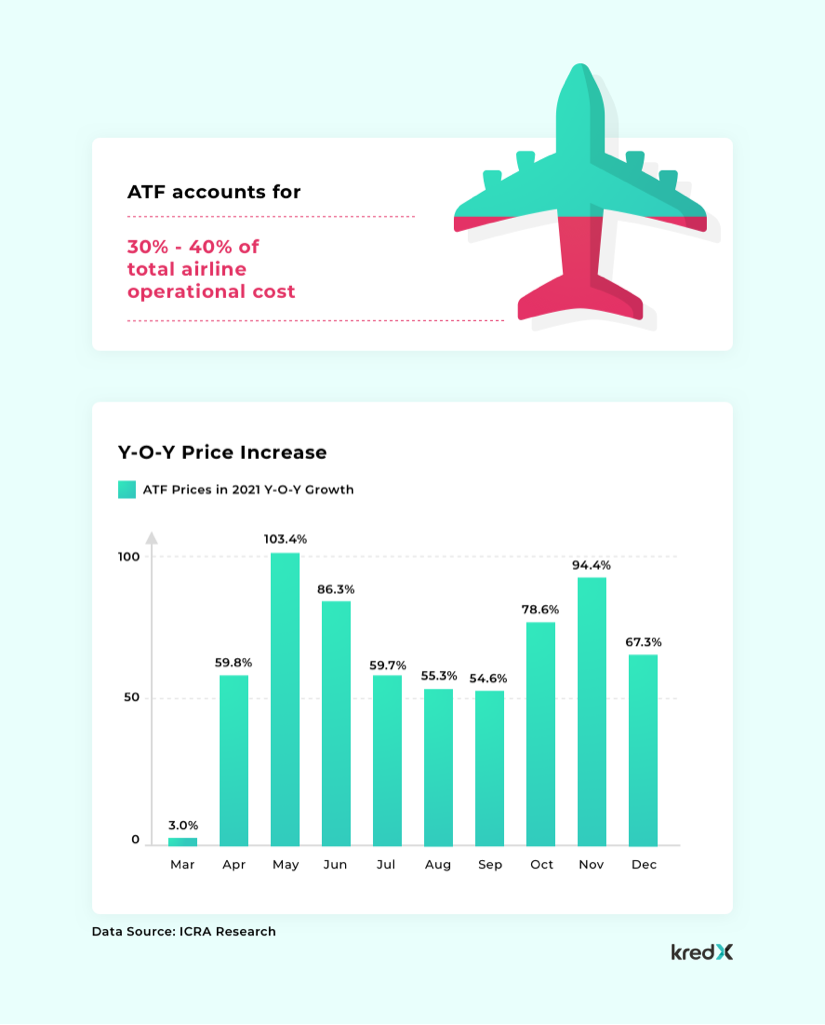 With a promise to create a world-class airline, Tata Group welcomed Air India back home.

On 27 January 2022, the government transferred 100% of shares in Air India to Tata-owned subsidiary Talace Pvt Ltd. Along with ownership, even the management control was completely handed over on the same day.

“We are very happy to have Air India back in the Tata group. We look forward to working with everyone in creating a world-class airline.” – N Chandrasekaran, Tata Sons Chairman.

Now, the restoration work of the Maharaja has begun. The Tatas want to mainly focus on the not-so-strong points of the Maharaja to help serve the public better. Their first focus is on improving on-time performance (OTP), with aircraft doors closing 10 minutes before departure. Another special touch planned is a pre-recorded message from Group Chairman Ratan Tata to be played for in-flight guests. Along with enhanced meal service, the grooming and BMI of frontline staff will also be a priority of the all-new Air India. Building a brand and maintaining the brand image will always be at the front seat. Many other things are planned for the short and long term.

The challenges along the way are equally vast for Tatas. With economic tensions, including investments for complete fleet infrastructure upgrade, the Tatas also face the danger of legal action from two pilot unions over salary deductions, and the decision of BMI calculations for cabin crew is not being taken well either.

If the Tata vision of an all-improved Air India goes as planned, this would be the most extensive global aviation transformation.

When will the aviation industry recover?

The opinions on the recovery of the Aviation Industry are a total mixed bag.

The on-ground views on air travel during the still strong pandemic are also varied. While a part of the Indian population is hesitant to travel and a part ready to take the plunge, the much-needed recovery of the aviation industry remains a topic of debate and discussion.