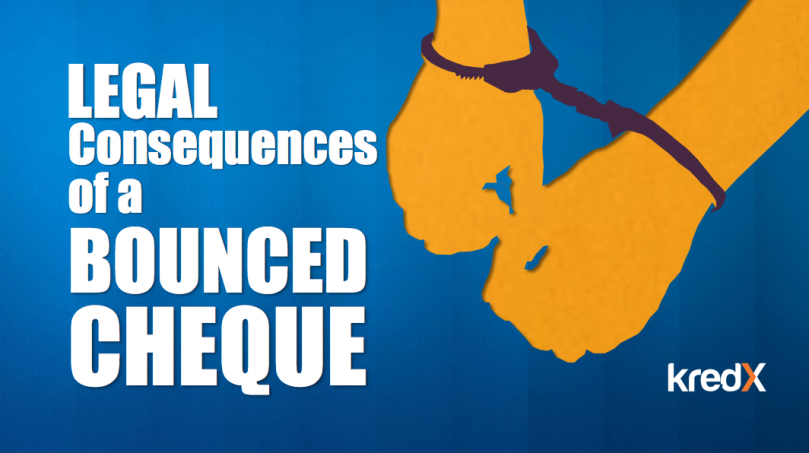 A bounced cheque is an unpleasant experience for everyone right from the issuer to the payee and the bank in between. So, what do you if the cheque you have been issued bounces? Here are the steps you can take to force the payment that you are legally owed.

A cheque is a negotiable instrument that has a validity of 3 months. It is frequently issued as a means of payment all over the world. A cheque is deemed to have bounced when the payment it was meant to guarantee, fails. There are a number of reasons this can happen and they vary from insufficient funds to mismatched signatures. Post dating cheques are another reason for payment to fail. The Negotiable Instruments Act of 1881 stipulates that the act of dishonoring a cheque worthy of criminal prosecution.

Here are the steps you need to take if a cheque released under your name bounces:

The first step should be to go to the bank and collect your bounced cheque and the cheque return memo. If you have reasonable faith that the bounced cheque will be honored before the expiry date of three months, it is advised that this be attempted. Primarily, you must also try to understand if the cheque bounced due to technical reasons. If a cheque is post dated, the bank will not be able to process it. This is nothing but a technical mistake from your defaulter’s side and can be easily corrected.

Sending Out A Notice

If the bounced cheque was indeed the result of willful negligence, this makes it a crime that can be prosecuted under law. But before actual legal proceedings are initiated, a notice should be send out to the defaulter,urging him/her to settle the debt immediately within a timeframe of 15 days. This is a pre-legal step, where the communication is still between you and the defaulter. Although, if the defaulter further fails to settle his debt within a time period of 30 days from the receipt of your notice, criminal proceedings can be undertaken on the matter.

Further failure from the side of the defaulter to meaningfully resolve the issue should be met with legal consequences. A complaint must be registered with the magistrate court under Section 138 of the Negotiable Instruments Act. It is important that this be done within 30 days of the defaulter failing to respond to your legal notice. At this point, a lawyer who specialises in cheque bouncing cases should be sought out to help you with the legal proceedings. The punishment for defaulting on your cheque can be imprisonment of up to 2 years and monetary penalty that involves the defaulter paying double the amount that he owes.

Things To Keep In Mind

There are a large number of bounced cheque cases pending in our country right now. Dishonored payments make it really hard for individuals to sustain their lifestyles and earn monetary incentives they are owed. Fortunately, the legal system remedies this situation adequately. There is an effective system in place that can helpfully deal with cases that involve dishonored cheques.