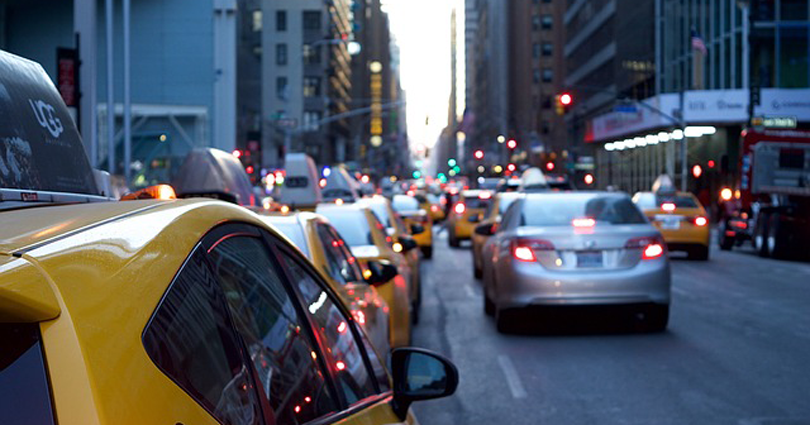 KredX and the Micro Stories of Bangalore Traffic

Traffic in Bangalore is a community of miniature stories. There is a tale of aggressive passion emanating off the Uber driver whispering sweet nothings into his earpiece while honking urgently at a homely looking cow taking a dump in the middle of the road. Another story of stubborn maternity exudes off the mom struggling to make her tired lullaby rise above her own baby’s incessant bawls. The uncouth uncles in fancy cars, soft-spoken bus drivers with the kindest of smiles, even the moped-riding 18-year-olds contentedly discussing the reasons why balanced chemical equations cannot determine the order of a reaction; they are all part of a collective story that blankets Bangalore traffic. We wanted to find out the little stories that people from KredX experience every day while wading through the day’s traffic.

Adam Walker, Product Manager, resident Caucasian man, an angst-ridden victim of first world guilt, smiles indulgently when we ask for his thoughts on Bangalore traffic. Then with all the elegance of an angry porcupine confronted with a hairbrush, launches himself into a string of expletives he feels Bangalore traffic can be defined by, “Fuck all, bullshit, rude, harassing, stressful, time killing, anger some, ruining my life.” As Adam pauses to catch his breath, Kanika Rao, Corporate Counsel, interjects sympathetically, “People don’t know how to drive here, I mean, uff, if it’s a one way people will come from both the sides, outer ring road doesn’t mean one side, it is both the sides. It is a huge problem here.” A little bemused at the obvious onrush of spirited anger at the mere mention of traffic, we hope Madhusmita Panda, VP Marketing, might prove to be a beacon of positivity. “I hate driving, I’ve always hated driving. And now it takes 45 minutes to travel 4 kilometers? That is crazy” Clearly, the traffic in this city is detested to such an extent that people aren’t capable of finding a silver lining. Which was why we expected Vibha Krishnan, Marketing Manager, to have less than pleasant thoughts on the matter when we brought it up with her. “I like watching things go by, I don’t mind it actually. I just generally watch, look outside I mean. It’s almost like a welcome break, I like the inactivity that lets me observe the chaos outside.” Not only did Vibha surprise us but she suddenly made us realise that the real stories are in what people are doing while stuck in traffic and not in how they feel about it.

Changing tack accordingly, we approach Devang Mundra, VP Engineering, for his comments. “I do little experiments in my car. Sometimes, I wouldn’t go as fast as somebody behind me would expect me to go and I would see how long it takes for them to honk. Sometimes, I would honk at somebody at random just to see how much honking would cause the person to move faster than their natural pace. I just like observing people and testing their thresholds. This is basically my entertainment during the commute.” Devang, we gather, is the human manifestation of malevolent karma that rains upon all the impudent drivers in this world who don’t believe in turn signals and safe driving. Anurag Jain, COO, has quite another take on living with the traffic, “I’ve started talking to people more over the phone. I’ve started eating fruits while I am driving, which is honestly a welcome development. I’ve stopped bothering about all those guys on two wheelers, which basically means I have become a much more patient individual. Now I just put my windows up, turn my phone’s bluetooth on, play a nice song and I am up and running. I just don’t bother, you know?” We rather liked the recourse Anurag had taken upon himself, it had implications of zen written all over it. It turned out “zen” was of particular interest to quite a few people dealing with the daily commute to work.

Mohammed Hammad, Investor Sales Analyst, supplies matter of factly, “I do Wim Hof breathing technique in the cab, it pumps more oxygen into my brain and helps me become much more aware of everything around me. And while doing that, I listen to some peaceful music. By the time I reach work, I am sorted, zen actually.” Nitesh Badchariya, UI/UX Designer, leans a little too comfortably on his ergonomic chair and compliments Hammad’s point with careless serenity. “I do a bit of Vipassana and a few other breathing techniques so that I can concentrate on work more when I finally get to the office. But I mainly like daydreaming and just zoning myself out.” We felt slightly intimidated by these men and the exotic manner with which they employ the human lungs. The good news, however, was that unproductivity was sitting only a few feet away and twirling it’s mustache with immaculate concentration. Abhishek Chandramouleeswaran, Investor Sales Analyst, offers a little briskly, “In the morning I usually zone out in the bus. Or if I find a seat, I go on Quora. When I am going back home I always Netflix. I have my powerbank with me at all times just for this purpose.”

This was the moment, Caroline Roshini, HR Manager, entered the room with the cheerful aura of a delicate springtime breeze. Emboldened by Caroline’s quite obvious gleeful abandon, we genially enquired as to what her adorable experiences with Bangalore traffic were. A moment of silence envelopes us as Caroline impassively collects her thoughts. And then she screams. “You know what? You know what the biggest problem in traffic is? MEN! Men are SLOW. Men cannot DRIVE fast, they cannot RIDE fast, they are ALWAYS just zoned out. They are riding, they are looking here, they are looking there, they are going slow in the middle of the road, they’re not letting anybody overtake them, not letting anybody’s life become faster than theirs. These days, I go right next to them, then I honk loudly and then I overtake. Men are such GRANNIES!” She expertly brandishes a certain hand gesture as a conclusion for this statement almost like an eloquent ballet dancer wiping off snot in the middle of a pirouette. As we back away slowly, we shrewdly wonder at the frequency with which Caroline might have fallen prey to Devang’s curious brand of “vehicular entertainment” in the past. Some forms of experimentation, we conclude a little dispassionately, not only upend age-old stereotypes but apparently create refreshingly new ones as well.

Improving Lifestyles on the Road

At this point, we found that Adam and Madhusmita had significantly calmed down as well. So, we tentatively re-approach them with the intention of finding out how they coped with their share of the city traffic. Madhusmita is much magnanimous with words this time, “I’ve developed a habit of swearing at people. My vocabulary has increased so much, it’s almost like you look at me and I can swear at you. If its a taxi driver I have a specific swear word, another for a dude in a Honda City if it’s an Audi I don’t, I just smile. Traffic has helped me so much with improving my strategic thinking.” Adam is equally expressive as he enlightens us about his traffic-related activities. “The silver lining to all this traffic is that I am doing a lot of things on my phone that I never used to, like, banking and listening to podcasts. I even find time to do yoga in the cab and meditate a little as well. I am always thinking of productive things to do every free moment I get. The traffic as terrible as it is has helped me become a much more disciplined person.” Hemant Joshi, Product Manager, has also garnered some interesting insights after dealing with the traffic over the years. “On an experimental basis, I try to find out which side of the road I can travel faster, if one day I am on the left-hand side of the road, the other day I would be on the right, I have basically found out which corner of the road allows for optimal travel.” We are startled by the scale of productivity with which people use traffic. And as we express our amazement with ardent admiration, Vibha, smiles a little and informs us kindly, “Honestly, it was terribly stressful when I first moved to Bangalore. But slowly just like any other hardship, you just get used to it and then you create a life around it.”

KredX seems to be pioneering the productive use of time wasted in daily traffic. When someone painstakingly creates an art form out of swearing, someone else is willing their lungs to make it to the next level. There are people who have maximised the productive capacity of their phones and others whose definition of productivity climaxes at the act of installing Netflix from Google Play. There is a man who eat fruits and another who subliminally spreads feminism with the use of his car. There is apparently so much life, to the life stuck in Bangalore traffic.