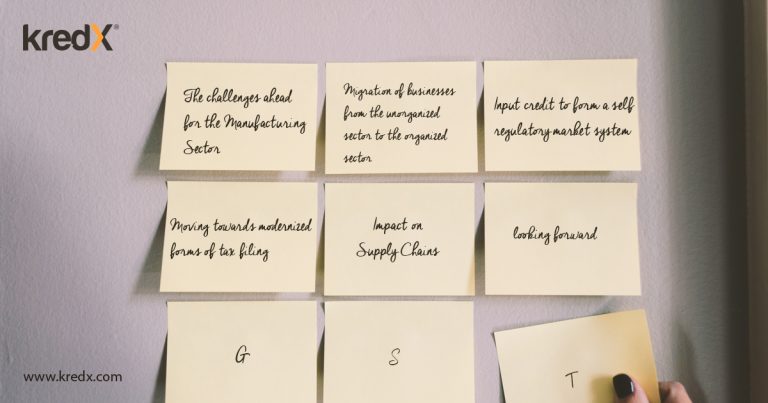 GST: The Challenges Ahead For The Manufacturing Sector

The introduction of GST is a compelling policy decision that holds immediate and tangible ramifications for India’s economic progress. It is a revolutionary bid to bring about changes to the current taxation structure that has been addled by multiple forms of indirect taxes and a rampant lack of transparency. GST offers a simplified tax rate that is levied only on the value addition a product would undergo from its manufacture to eventual consumption in the open market.

Projected benefits of the new system range from the establishment of a unified tax culture to the prevention of fraud and tax evasion. But it is easy to see that the most immediate consequences of GST are being felt by the manufacturing sector. This is because the Goods and Services Tax disrupts rooted business practices in the hopes of bringing about improved cohesion to the country’s taxation infrastructure. Here are the advantages and disadvantages of the changes GST has implemented on the manufacturing sector.

Industries like textiles and clothing have always paid little tax. With the GST tax slab of 20 lakhs per annum, many of these players that have previously thrived in the informal sector will be forced to formalize their businesses and become part of the formal economy. The biggest industries in the economy which rely on the informal sector for their raw materials will have incentive to bring them into the formal market for continued production practices. This is expected to result in cooperative market environments where the big players will help the small ones because it is in their advantage for them to function. Also, more number of industries coming into the tax net simply means an increase in the government’s revenue.

The operating costs of being part of GST, however, will be too high for many in the unorganized sector. Small and medium sized enterprises (SMEs) which are newly inducted to the tax net due to the lowered threshold will have higher operating costs to deal with. For some businesses this will be more than the working capital that their businesses require to sustain.

Input credit to form a self regulatory market system

Input credit means that as a manufacturer you have the option to decrease the taxes you have to pay on your finished product with the taxes you had already paid for their inputs. A defining feature of GST is that the tax payment by a supplier is paramount to the availability of input credit to a buyer.The new input credit system will help the government prevent any leakages in revenue with the market itself making sure the taxes are paid. The government is giving the buyer onus to make sure the transaction he is involved in is transparent as his input credit is completely dependent on the supplier following correct trade practices. This system of regulation where the system of risk is handed to the buyers and sellers themselves will lead the manufacturing sector creating an ecosystem of safe business practices.

The new system will cause unprecedented caution among buyers and will drastically reduce the number of manufactures they can realistically trade with. The SMEs will again come under scrutiny because they might not be in a position to pay the taxes right after a point of sale.  This would in turn result in their own buyers perceiving them as a credit risk. As a market that is meant to self regulate, small scale industries will be increasingly seen as a liability to do business with.

The entire process of GST is set up online. From filing compliance to the actual payments, everything has been networked.India has set up a taxation system that is not only modern but offers seamless and simplified tax practices that will benefit whole businesses. This is a highly welcome development because the bureaucratic red tape associated with the process of filing taxes in the previous regime was laced in incompetency. Corruption at an administrative level is also expected to decrease to a meaningful level because of this.

While the idea of a completely digital India is an admirable ambition, it is certainly not realistic at the grass root level. Over 950 million Indians lack access to the internet. In this scenario assuming that all businesses would have the resources to adapt perfectly into a new form of tax filing system is counterproductive. The technical rift small and medium business enterprises will have to overcome would be tremendous compared to big businesses who are already well equipped to deal with the transition on their own.

An implementation of GST has called for a transformation in the way supply chains across the country function. Primarily, the impact is expected to change the manner in which the supply of goods will happen across state borders. This has been a problem dogging the manufacturing industry for a very long time. Regulatory obstructions affect transit time and cause huge delays in projected logistics hours. The implementation of GST is widely seen a very big step to address this issue and make the problem of transportation smooth and stable. Another important aspect is what GST brings to the table as far as warehousing is concerned. State mandated laws had required multiple warehouses to be set up for the purpose of avoiding CST. This has been subjected to a change with the advent of GST in quite rampant ways. For one, the idea that interstate transactions will be tax neutral will have positive effects on Supply chain itself.

In conclusion, the implementation of GST is focused on past inefficiencies that have been plaguing the manufacturing sector for a very long time. The shortcomings of the previously establishes system has been identified and meaningfully addressed through different tax directives that will prove to be helpful in the long run. However, adapting to a new system has obvious challenges that will cause disruption to a point where stability will take time to be regained. Prime examples for this is the way SMEs will be adversely disturbed by the change of policy. On the other hand, GST is a step towards modernity that India as a country has to take in order to fall in step with the rest of the world.