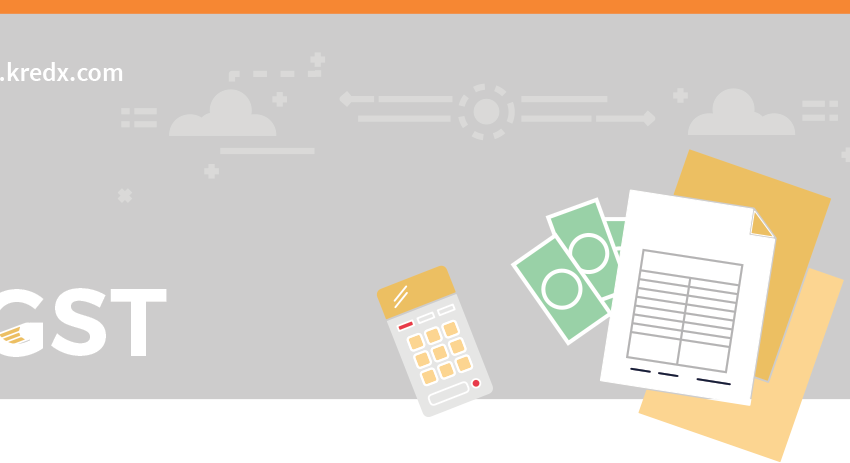 Amidst the entire economic crisis across the globe, India is demonstrating hope with determined growth targets, supported by a slew of important projects like “Make in India”, “Digital India”, etc. The biggest tax reform since Independence, the Goods and Service Tax (GST) is expected to act as the much-needed catalyst for economic growth in India altering the indirect taxes levied on goods and services within the economy and eliminating the cascading effect of the tax system. GST has created high anticipation not only in India but also among all the neighboring and developed economies of the world. Among all the rumours about the negative impact of this bill on the SME sector, would the pros outweigh all the cons?

But first, a quick recap of GST.

The Goods and Service Tax will bring into place a unified taxation system, which would merge most of the existing taxes into a single taxation system. It replaces the taxes levied by the central and state governments separately and at different stages of sale and purchase including State Value-Added Tax (VAT), Central Excise, Service Tax, Entry Tax or Octroi and a few other indirect taxes. GST is expected to completely restructure the way India does business by introducing a single platform, the GST Network (GSTN), where businesses can upload their invoices for tax processing and availing tax benefits.

How is GST beneficial?

But how does it help SME’s?

Apart from the obvious ease of paying taxes and reduced paperwork with GST, businesses can also claim the cost of depreciation on the goods purchased with ease. Once the invoices are logged in the GST network, the GST Credit will automatically get deducted from the purchase price. This allows SME’s to use them to calculate the depreciation cost on the goods and then claim it online.

A taxation system such as GST eliminates tax evasion, which is otherwise rampant in the business world. The intention of introducing GST is to expand taxpayers base and not increase the burden on businesses. This is expected to level the playing field and give equal opportunities to all players alike. What this does is create a highly competitive environment among businesses, resulting in a more competitive product pricing making it helpful for the end user. This, in turn, is expected to lead to an increase in consumer demand, which otherwise has been the bane of the SME world so far.

The tax incidence in every product currently being manufactured in India is about 27-30%. With the introduction of GST, this is expected to reduce to 20%. This will especially be beneficial for the manufacturing SME’s.

GST will also bring about the possibility for SME’s to expand existing markets as it eliminates tax burden of interstate sales. A unified market will aid in flexible transferring of goods.

The companies were expecting a tax rate of 18% but the rate is maintained almost same as the previous tax rate. So, the ticket prices may almost remain the same. But in the food & beverages sector, though the tax rates higher than the F&B VAT rate of 12.5%, the companies will be able to avail input tax credit paid on the raw materials leading to benefits to the tune of 100-150 bps.

The healthcare industry is one of the world’s largest and fastest-growing industries.

Basically, the impact on overall healthcare industry remains neutral. Nothing seems to have changed drastically because an increase in the tax rate will increase the overall cost which in turn can affect the lives of people. However, a negative impact of 4-5% is expected on the domestic formulations due to downsizing of inventory at the pharmacy/dealer level over concerns on availing credit on their closing stock a day before implementation of GST.

The Power Industry is the backbone of the industrial world that supplies essential energy to industrial, manufacturing, commercial and residential customers around the globe. In developed economies with mature power markets, investment is driven by the transition of fuel and energy sources, increased environmental legislation and an ever-aging generation fleet and transmission/distribution infrastructure.

Capital goods are tangible assets such as machinery, equipment, vehicles and tools that an organization uses to produce goods or services in order to produce consumer goods and goods for other businesses. Manufacturers of automobiles, aircraft, and machinery fall within the capital goods sector because their products are used by companies involved in manufacturing, shipping and providing other services.

Small cars- There is a tax rate hike from the prevailing rate to the new GST rates which increases the price of the vehicles in the range of 1-3% post GST implementation because the base will also change with GST implementation. This potential price increase will not have an impact on demand.

Logistics management is the part of supply chain management that plans, implements, and controls the efficient, effective forward, reverse flow, storage of goods, services and related information between the point of origin and the point of consumption in order to meet customer’s requirements.

Freight Prices will remain the same as the current price in the case of road transport. However, input tax credit for road isn’t allowed to promote movement of goods from rail and coastal. The introduction of e-way bill would enable seamless movement of goods resulting in cost savings and improving vehicle efficiency.

For Rail and Coastal Shipping, the rates are maintained at the same rate as the current rate.

However, input tax credit, including capex is allowed. This would bring in effective tax rate lower or close to existing rates.

Higher taxes coupled with elevated haulage charges in the container rail sector would impact the competitive positioning of rail vis-à-vis road. Any input credit allowed in the sector would provide a breather. The market leader would be able to pass on the hike in rates thereby maintaining the realizations.

The oil and gas industry includes the global processes of exploration, extraction, refining, transporting and marketing of petroleum products. The largest volume products of the industry are fuel oil and gasoline. Petroleum is also the raw material for many chemical products. This industry is divided into three major components: upstream, midstream and downstream.

Oil industries in earlier tax regime claimed input tax credit against excise duty and VAT on crude oil, petrol and diesel. Under the new GST tax regime, the oil industries will be unable to claim input tax/GST paid on procurement of plant, machinery and services as a majority of its products like crude oil, diesel and petrol are excluded from GST structure which will have an impact on profitability.

Earlier the VAT on PDS-kerosene and LPG earlier was in the range of 0-5% varying from state to state with nil excise duty. The new GST rate of 5% will increase PDS-kerosene and LPG prices in some states where VAT was lower than 5%. Overall, the impact remains neutral as additional tax shall be passed on to the customers.

The manufacture of building materials is an established industry in many countries and the use of these materials is typically segmented into specific specialty trades, such as carpentry, insulation, plumbing, and roofing work.

The new GST tax rate is just a little higher than the prevailing rate for cement companies. However, considering improved demand outlook, the cement companies will pass on the additional tax levy by adding a price hike on the product.

The Flip Side – How GST can impact SME’s

While everybody hails the tax reform, there are some who are not too enthusiastic about the upcoming changes. The SME sector who has so far received some forms of protection through various scheme from the government will no longer be entitled to them. Exemptions such as excise duty exemption for SME manufacturers will cease to exist. SME’s will be liable to pay the full amount which thereby puts these SME’s in direct competition with the industry leaders in terms of tax costs involved.

By lowering the tax threshold for North Eastern states from the current Rs.1.5 crore, it is expected to eat into the SME’s capital to pay taxes. Though this is being done to expand the base of taxpayers, this will likely impact the working capital of SME’s concentrated in this area. Since the introduction of GST is expected to impact SME’s access to their lifeline, i.e. working capital, SME’s are more likely to explore the alternative financing industry who can help them tide over any post-GST-cash crunches. KredX is one such alternative financing option that helps businesses grow by meeting their working capital requirements through invoice discounting. KredX is India’s leading invoice discounting marketplace that assists businesses to gain collateral-free access to working capital funds in 24-72 hours as opposed to a traditional payment tenure of 30-120 days. This ensures a healthy cash flow and subsequent business growth.

The SME service sector is likely to be the worst hit with an increase in tax rate post-GST instead of the current 15%. The bill also does not differentiate between luxury items and normal goods. Without a luxury tax, it will make it hard for SME’s to compete against the larger players.

Though there are a few worrying factors here, the benefits clearly offset the negatives. Experts expect an initial inflation once GST is put into action, but are betting on growth brought about by GST after the initial turbulence settles down. As India looks to GST with hope to increase its GDP, it is also crucial that the government ensures the effective implementation of the system to avoid damages to the backbone of the country, the SME industry.

How has your experience been so far after the implementation of GST? We would love to know if KredX can in any way assist with your transition. Please let us know if you require any additional information from our end at care@kredx.com or leave a comment in the comments section below.