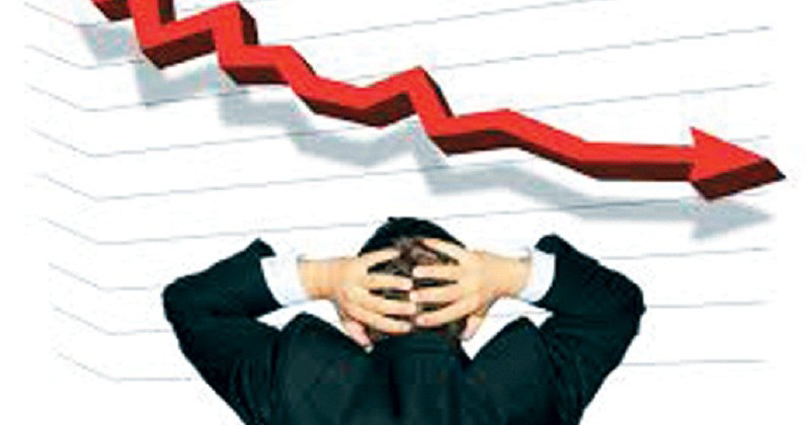 The Curious Case of Plunging Markets

Technology has over the years managed to repurpose itself as the driving marker for finance ever so surreptitiously. Ever since computers replaced the open outcry method in Wall Street, there has been a rapid absorption of technology based articles into finance, that holds zero parallels for any other point in human economic history. From the maturation of market analytics tools to the rampant incursions of bitcoins into financial instruments territory, there is an important story to be told about the technological evolution of global financial markets. That story, is for another time. 2018 it seems, will be a challenging year that has holds rather pessimistic projections for the state of global economy. This apparently holds true for Dow Jones, created in the year 1896, Sensex which was formed in 1986, as well as Bitcoins whose origins can be traced back to the year 2009. Although, the current slump these went through are not correlated to each other, they both seem to have been caused by external news sources.

Dow Jones is the stock market index that contains 30 major corporations operating out of Wall Street. On Monday, the index fell a whopping 1,175 points in such a spectacular fashion that was only once emulated during the global financial crisis in 2008. Suggestions have been aplenty about the cause of this sudden plunge. While the calmest of industry experts allocate this fall to a simple correction of the profit taking phase the market entered after Donald Trump announced his corporate tax breaks. The actual Dow Jones plunge was caused by panic selling investors who theorized that the US Federal Reserve might increase interest rates because market inflation was looming. It remains a sign of terrific market crisis that the largest one day fall in Dow Jones could be triggered by simple news pieces that stagnant growth. The similarity of this scenario to the frequent dips bitcoins go through due to negative press is uncanny.

The dive in Dow Jones has negatively affected Sensex, as stocks collapsed 1250 points. The sheer magnitude of this drop is immense as it is speculated that 5,40,000 cores of investor money has been lost so far. Asian markets, are not doing well at this moment as most economies are reacting to the Dow Jones fall in a highly regressive manner. Case in point, being the Nifty SGX futures in Singapore that had managed to crash earlier in the day. In addition to Dow Jones fall, another speculated reason for the crash being attributed to the original Federal Reserve interest hike.

Bitcoin dropped below 7000 dollars following China’s ban on foreign cryptocurrency exchanges. The fall happened shortly after the traditional market was reeling from the Dow Jones plunge. Again, caution is being advised before accepting this as the sign of rapid decline. This is because even with the current fall, bitcoin prices still remains higher than it was three months ago. There are industry experts who are suggesting that this plunge is nothing but routine and thee key is in remaining calm and not overreacting. The ironic part, however, is that during the later part of the day when Dow Jones was in crisis, traders tried to find safe haven in cryptocurrencies and inadvertently caused the plunging bitcoin to finish strongly by the end of the day. This narrative of panic ridden, news oriented market crash which seemed synonymous with bitcoins themselves, have rapidly managed to spread across different avenues of financial instruments available across the board.

With technology driven market forces conspiring with each other to create havok inside the economy, as an investor it is very important to find modes of capital accumulation that can be relied on. Alternative investments are a good place to start in this regard. P2P lending, hedge funds, crowdfunding, collectibles and derivative contracts, although less glamorous than bitcoins, provide sustainable models in this atmosphere of high risk. Another important aspect is that alternate investments will have very low interactions with standard asset classes and poses very low risk from market valuation downturns. Unlike the market economy that seems to be trading in chaos, the portfolio offered by these forms of investment deal in safety and most importantly perfect communication.

KredX is also an alternative investment option that can be relied upon during this slightly intimidating phase of global economic churn that is sending everyone into panic mode. On an average investors stand to profit around 18 % with their investments with KredX. The best part, however, is that staying up at night wondering what China bans next and the direct consequences that news will have for your finances will cease to be a problem in the long term.