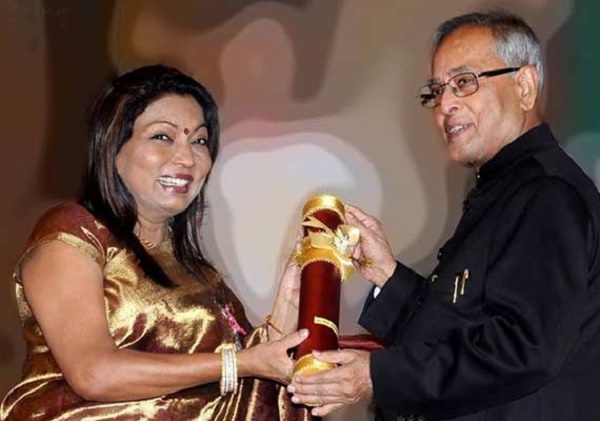 It’s yet another Monday, yet another lazy start to the week. Clearly, most of us are not fans of Mondays. We all need little pick-me-ups every now and then to keep us inspired and to keep us going. The story of Kalpana Saroj, who was once a child bride and went on to build a multi-million dollar company, will do just that.

Born into a poor Dalit family in Roperkheda village in Maharashtra, India, Kalpana faced a great deal of hardship and discrimination due to her caste from an early age. Though her father encouraged her education, the rest of her family had different priorities and got her married at the tender age of 12, putting an end to her educational aspirations. She lived with her husband’s family in the slums of Mumbai and suffered at the hands of her in-laws till her father rescued her seeing her sorry state.

Kalpana was looked upon as a failure when she returned to her village and this ostracisation was far more than what a 16-year-old could take. Kalpana attempted suicide but was fortunately saved just in time by her aunt. This marked the start of a new chapter in her life. She decided that she had to do something big in her life and decided to move to Mumbai with her uncle who would teach her tailoring.

She learned how to operate industrial sewing machines and gradually began making a reasonable living. However, the lack of funds for a life-saving treatment for her sister was what sparked the inner entrepreneur in her and realised that money did matter in life.

To fund her entrepreneurial dreams, Kalpana took a government loan to expand her tailoring work and open a furniture store. She worked 16 hours a day, began doing well, built a successful real estate business and eventually married a fellow furniture businessman and had two children. Kalpana who was known for her contacts and entrepreneurial skills, served on the board of a metal engineering company, Kamani Tubes, when it went into liquidation in 2001. She took over the company, restructured it and made it a profitable business with a valuation of more than $100 million!

Today, Kalpana is one of the most respected entrepreneurs in India and is described as the original Slumdog Millionaire! She was awarded the prestigious Padma Shri for Trade and Industry in 2013 and serves on the board of directors of Bhartiya Mahila Bank by the Government of India. Kalpana recently has set up a film production company and has already produced a movie that has been dubbed into multiple languages. Rumours are rife that Bollywood will soon work on a biopic of Kalpana’s life too!

What she has achieved is truly remarkable given that you don’t find this sort of success stories from such backgrounds in India. We leave you with a mantra that has helped Kalpana Saroj through the darkest hours of her life,

If you give your heart and soul to your job and never give up, things can happen for you.