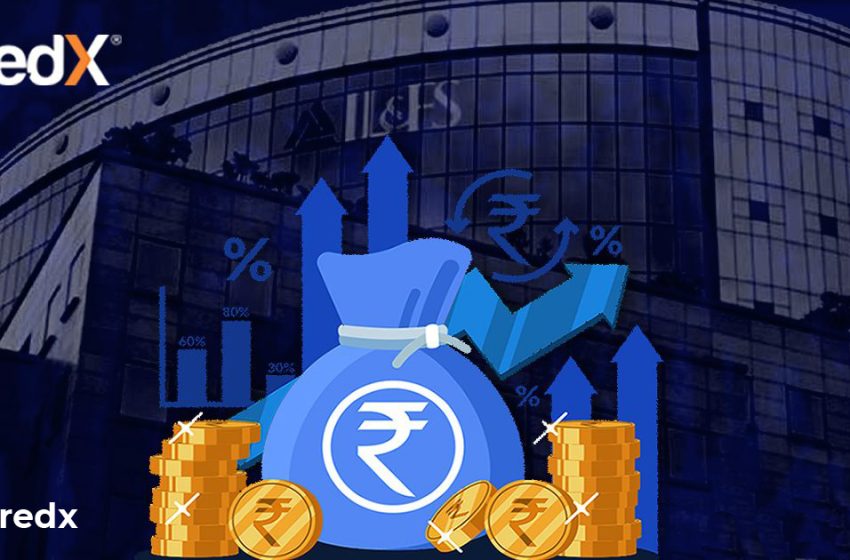 India’s shadow bank industry is on the brink of a perfect storm situation. Courtesy, the massive fallout of the Infrastructure Leasing & Financial Services (IL&FS), one of India’s biggest shadow lenders. The company started crumbling like a house of cards following a series of defaults, sending shockwaves to the credit market. It shoved off Rs 90,000 crores, triggering a crisis in the Indian economy.

Consequently, the downgrade by the rating agency ICRA of its short-term and long-term borrowing programmes post the crisis, has put pressure on the economy, impacting the debt, stock, and money markets as well. This sudden revelation of a debt-laden IL&FS has been troublesome for the nation’s financial market to deal with. The massive liquidity crunch has not only raised questions on the sanity of the NBFC sector but also adversely impacted the economic stability and capital markets, eliciting tension in between the Government and the Reserve Bank of India (RBI).

How It All Started

The 30-year-old firm has funded and helped develop several finance projects worth $25 billion, invested in Marquee developments including the Chennai-Nashri tunnel – India’s longest road tunnel at 9 Km. It is almost surprising to see that a company that declares itself as a pioneer of ‘public-private’ partnership with a glorifying portfolio of around 13000 km of roads, is capable of pulling off financial fraud to such an extent.

The beleaguered organisation’s contagion effect is yet to be over. It’s default contingency spells concern for its investors which includes banks, insurance companies, mutual funds, and more. The company has major shareholders including the state-backed Life Insurance Corp of India (25.3% stake), Housing Development Finance Corporation (9.02% stake), Central Bank of India (7.67% stake), and the State Bank of India (6.42% stake). Moreover, IL&FS’s 169 subsidiaries, partners and joint ventures, make it unreasonably complicated for any credit rating firm.

Further, what makes the situation worse is that the provident and pension fund trust has invested thousands of crores in bonds of the crisis-laden IL&FS. Since bonds issued by IL&FS were considered safe and the company had a good credit rating, the pension trust perceived investing in the AAA-rated IL&FS, and its group entities was a safer option to earn easy returns. The circumstance is severe to the point that it is being compared with the 2008 Lehman Brothers bankruptcy that set off a worldwide economic meltdown. The company’s debt reach is to such an extent that it has put the lives of many Indians in peril.

Financially in debt IL&FS’ combined debt remains at Rs 90,000 crores; of which it owes about Rs 50,000 crore to banks. The fact is validated by the declaration of banks like the State Bank of India, Bank of Baroda, and Bank of India being the most affected ones in the third-quarter results. Moreover, with the provident and pension fund trust announcing its investment of thousands of crores in the form of bonds of the debt-laden finance group IL&FS, has stirred question regarding the economic stability of the country. Since IL&FS was backed by public sector giants like SBI and LIC, and structured bonds to suit the requirements of PFs, the provident and pension fund trust perceived it to be a safe bait to invest money on.

Among the private lenders, HDFC Bank, ICICI Bank and Kotak Mahindra Bank are comprehended to have minimal exposure to the crisis, whereas Axis Bank has about Rs 800 crores of credits and YES Bank had an exposure of Rs 2,529 crore to different SPVs of IL&FS.

The government in an effort to rebuild the trust and confidence of the money, debt, and capital markets approached the National Company Law Tribunal (NCLT) to reconstitute the IL&FS board. The new board was set up the very next day.

The coveted IL&FS crisis has put nine former key decision-makers of the company in the firing line of the government for disguising the company’s poor financial health to raise debt. While the incredible magnitude of the disaster is dumbfounding, the question that arises is how the crumbling finance of the company was kept in the dark for such a long time. Most importantly, how it escaped the security scrutiny of the credit agencies, internal and external auditor, and a board that had representatives from the state-owned giants like Life Insurance Corporation and State Bank of India.

What Has Changed In A Year

More than a year later, the scenario in the IL&FS fiasco hasn’t changed much with not a penny of the Rs 1 lakh crore repaid, risk-averse mutual funds, wary investors, dislocated financial market, a frail NBFC sector, and an economy where businesses are still striving to fulfil their credit requirements.

The banks still remain weak, mutual funds and pension plans still trying to overcome the losses, and with it many more institutions trying to cope up with it who have been affected directly or indirectly by the catastrophe that hit the Indian economy with the downfall of IL&FS a year back.

The NBFC sector still remains one of the worst-hit sectors in the entire IL&FS fiasco, with mutual funds still reluctant to fund them. The cost of funds for NBFCs has gone up to 60-basis points. This is after the Reserve Bank of India reduced the repo rate by 110-basis points.

The Indian economy is facing its worse in the last five years with car sales shipments falling 31%, the lowest in 19 years. The Reserve Bank of India is still reluctant to provide too much liberty to NBFCs, however RBI and the government have still come up with eased priority sector norms, partial credit guarantee, recapitalised public sector banks to support growth, relaxed securitisation norms, and a reduction in repo rate to help the NBFC sector to sail through this crisis. Furthermore, the RBI has gained more power with The Finance Bill 2019 to help restructure NBFCs.

All sectors in the economy are feeling the void of a law to deal with resolving financial services bankruptcy. Ram Mohan, an assistant professor of Business Policy Area at Indian Institute of Management, Ahmedabad says “It’s hard to see that banks or systemically important NBFCs can be resolved along the same lines as non-financial companies.” All that is left is hoping for sound policies and laws to assist companies to come out of a financial crisis.

Disclaimer: The opinion expressed in this blog is those of the author. They do not reflect the opinion or view of KredX