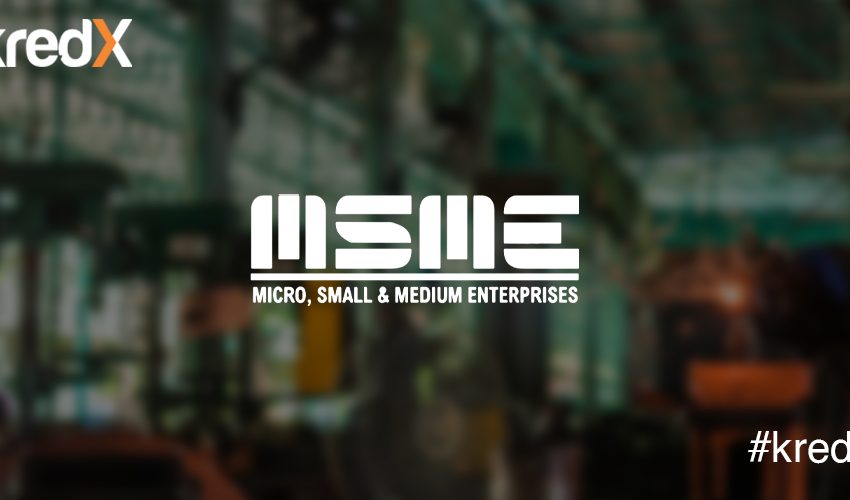 How The MSME Sector Is Adding To The Nation’s Economy

The contribution of the MSME (Micro, Small, and Medium Enterprises) sector towards the socio-economic development of India cannot be stressed enough. MSMEs boast of being the second-largest job creators in the country, the reason being the generation of about 120 million employment opportunities in the nation.

30% of Indian economic output is accounted for by these small businesses.  Currently, 65 million MSMEs operate actively across the country. The presence of this sector is critical because it has the potential to solve India’s financial inclusion problem.

Although the Indian economy has observed an exponential growth over the past few years, there has been slow progress of financial inclusion.  Early in the year, Finance Minister Arun Jaitley stated that even though the government is making all possible efforts to bring a change in this situation, the destination is still far away.

The latest Global Findex Database released by the World Bank reveals that 190 million Indian adults don’t have a bank account, right behind China making India as the second-largest unbanked population in the world. Furthermore, less than one-third of the total population has been issued life cover policies in India. This situation is where MSME plays a significant role.

MSMEs have been creating numerous job opportunities for years for the residents of tier II and tier III cities in India. As per the Union Minister Giriraj Singh, the MSME sector has created four crores jobs in the last four years.  Furthermore, he said that for the upcoming year, this sector would be creating five crore jobs.

A significant percentage of these employment opportunities are taken up by the rural and suburban population, empowering them to become financially independent and self-sufficient. As such, it’s no secret that MSME’s boost and growth is the solution to financial inclusion in India.

Unfortunately,  MSMEs are striving to stay afloat due to various factors. Despite being termed as the backbone of the Indian economy, they are they have to face multiple issues like

As per a recent survey conducted by the World Bank, India is positioned at 156 out of the 190 countries when it comes to starting a new business. The situations of MSMEs got affected more after demonetisation of high-value currencies hit the nation in 2016 and MSMEs strived to generate revenues due to the cash crunch. The MSME sector was still trying to overcome demonetisation when they last year got hit by another blow in the form of the Goods and Service Tax (GST) introduced by the Indian government. Owing to this, there has been a sluggish growth of the MSME sector and a financially inclusive India.

But all is not lost, and there is still hope from this sector. Here’s how the situation in this sector is making a shift towards betterment:

Over the past few decades, the public sector banks (PSB) role in lending to the micro, small, and medium enterprises (MSMEs) sector has gone down significantly adding to the difficulties of this sector which were already undergoing tough times due to lack of working capital.

However, many NBFCs (non-banking financial companies) have stepped up to provide relief to the MSMEs, enabling them to access credit without much trouble to carry out their operations smoothly. Digitisation has been a boon to such companies as the technology allows for quick loan processing and credit underwriting, enabling NBFCs to distribute loans to MSMEs just within a matter of days.

The government will be able to reach its targeted plan of financial inclusion if it aides the small and medium businesses with the right financial and structural support. The government has already started taking these steps with various numbers of measures aimed to provide easy access of credit to MSMEs and at the same time reducing their cost of funds.

Some of the noteworthy measures include:

Furthermore, the government will be establishing 100 technology centres all over the country to assist small and medium businesses. The MSME sector in India is expected to go through a paradigm shift if these measures are adequately implemented.  At the same time, the country will be able to make real progress in its journey towards a financially inclusive economy.

For any developing nation, the role of micro, small, and medium enterprises is exceptionally vital in more than one way.  From creating employment opportunities at the grassroots level contributing to the GDP growth of the nation, MSMEs stand as pillars for the Indian economy.  Moreover, they are playing a crucial role in making India financially inclusive, which will enhance the socio-economic development of a country in the long run. The coming together of alternative lending options and the government might bring a new dawn for MSMEs in India as they will have easy access to loans and funds in the future.