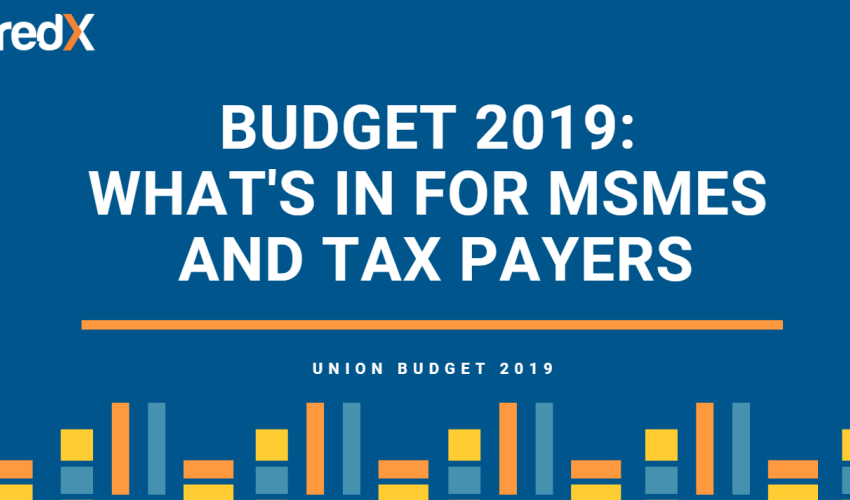 Budget 2019: What’s in for MSMEs and Tax payers

The Union Government has gone for a populist attitude in the interim budget 2019 owing to the general elections which are just 100 days away. Piyush Goyal presented the interim budget after being given charge of the finance ministry. He announced a 2 per cent interest subsidy for micro, small and medium enterprises (MSMEs) for loans up to Rs 1 crore.

During the presentation of the interim budget 2019 in Parliament, Goyal said:

“All MSME units registered with the Goods and Services Tax (GST) will now have 2 per cent interest subvention for loans up to Rs 1 crore,”

Goyal went on to mention that the government has also raised the share of government procurements from MSMEs through the Government eMarketplace (GeM) to 25 per cent which includes 3 per cent from MSMEs run by women.

Although most of the announcements in the budget 2019 were made as per the expectations, startups had little joy this time. One of the major demands of the startups in India was an exemption from angel tax. Tax incentives have been sought by the MSME sector by reducing dividend tax and reducing income tax along with the support of government for transformation to digital platforms with resources to train them, as well as funds to initiate projects and product innovation. There are certain groups of artisans and craftsmen who have asked for a review and a downward change of GST rates.

Last year, the finance minister had described the MSME sector as a “major engine of growth and employment generation”. A sum of Rs 37,794 crore was allocated for extending credit support and interest subsidy on innovation along with extending capital support in the budget 2018. However, the MSMEs got less than 18 per cent of the credit expense with the large companies, which have run up the NPAs and are accumulating the rest. Furthermore, the lending target of the Mudra scheme is set at Rs 3 lakh crore for the current financial year.

Furthermore, it was presented that people who have a gross income of Rs 6.5 lakh or less will not be paying any tax for investments. The usual abatement for the salaried class is increased to Rs 50,000 from Rs 40,000. The TDS  threshold on the post office and bank deposit have been increased from Rs 10,000 to Rs 40,000.

Additionally, instead of the previous one-year period, the tax payment on notional rent of unused properties will now begin only after two years.

The union budget last year had seen no changes in the income tax slabs for individuals. But it a standard deduction of Rs 40,000 for the salaried and for transport and health was accounted in the previous year budget. Health insurance was raised to 50,000 coming as a benefit for Senior Citizens.