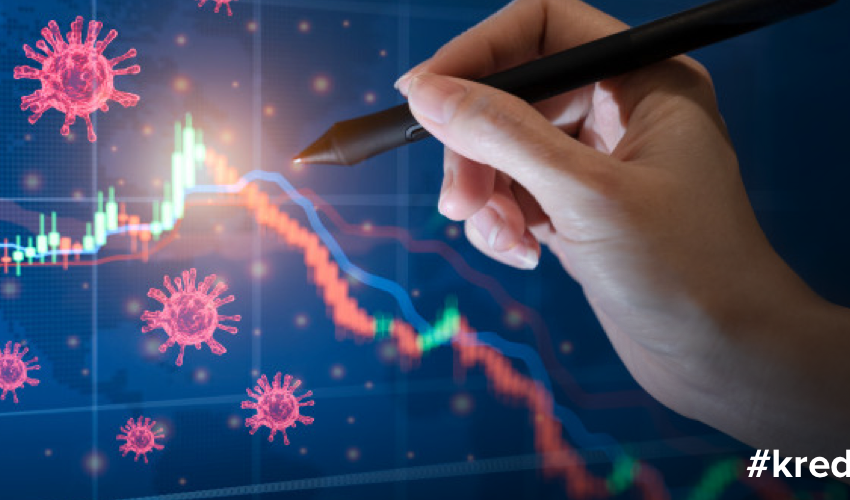 A Comparison Between The Great Lockdown & The Great Depression

During early 2020, when markets were looking for recovery signs from the trade wars, decreasing consumer demand, and slumping commodity prices, the world woke up to a pandemic outbreak that challenged the global status quo. Fast forward to May 2020; the COVID-19 outbreak has compelled the world to embrace social distancing, putting the global economy at a halt. In short, social distancing translated into economic distancing, putting a dent in the global gross domestic output for the upcoming quarters.

The pandemic induced financial slowdown is spreading like wildfire, withering the probabilities of an economic recovery in the near term. Amidst such a situation, when the world is undergoing a tectonic shift in trade culture, the economic downturn has resurrected memories of the 2008-09 global financial crisis. Although the repercussions may appear to be similar, there are some key differences between the 2008 recession and the 2020 pandemic recession that emerged suddenly – essentially their origins – the Great Recession of 2008 was a systemic crash caused by bad debt, whereas the Pandemic-triggered recession of 2020 is a cyclical crisis prompted due to the sudden stoppage of economic activities.

According to the International Monetary Fund (IMF), the consequential outcome of the pandemic-infected global economy is going to be the worst recession since the Great Depression. What makes the situation grim is that, when compared to the 2009 financial meltdown during which trade dropped 12.5%, the contagion-infected market would witness a steep plunge between 13-32% in 2020, before rebounding in 2021.

The magnitude of the economic downturn seems to become evident as the sentiment of the global market remains low, unveiling a reduction of trade, withdrawal of investment, shrinking consumer demand and rising unemployment rate across the globe. As per IHS Markit, the COVID-19 recession will be more extensive when compared to the global financial crisis in 2008-09, with the world GDP plunging 2.8% in 2020 compared with a drop of 1.7% in 2009.

How Does The Pandemic-Triggered Recession Compare To The Great Recession?

The current economic downturn is much steeper and sudden than any recessions the world witnessed before. The financial repercussions of the pandemic are largely similar to a natural catastrophe than a standard recession wherein a sudden event brings an unexpected suspension of economic activities.

Whereas, the Great Recession, at a fundamental level, was a systematic crisis that emerged from a small segment of the U.S. market before sending ripples across sectors and countries. The recession that triggered with Lehman Brothers’ bankruptcy infused panic across the entire financial spectrum. The 2008 crisis was caused by a diverse set of imbalances that accumulated at the same time, as a result of the real estate and economic bubble. When these shortcomings could no longer be sustained, the market came to a halt, leading to a dearth of credit and a rise in the unemployment rate to 10% in the U.S.

In contrast, the economic consequences of the pandemic outbreak will be a whole new class – the stoppage of economic activities have led to a deep plunge in the world stock markets, impacting the macroeconomic outlook of the world. The International Labour Organisation (ILO) has predicted that the pandemic will wipe out 6.7% of working hours in the second half of 2020 – the equivalent of 195 million full-time workers. In the U.S., 22 million people have filed for unemployment benefits, whereas in India, around 27 million youth in the age group of 20-30 years lost their jobs in April, as per the Centre for Monitoring Indian Economy (CMIE). While there seems to be enough scepticism about the consequence, the recovery rate of the market depends on the pace with which containment measures are lifted.

Today, the financial viewpoint for the world is bleak, with the coronavirus pandemic wreaking havoc on the world economy. Considering the rising challenges, the world economy is likely to navigate through choppy waters in the upcoming months. Regardless of whether the circumstance deteriorates further from here or not, the situation is not expected to be as worse as the previous pandemics given the radical lockdowns and the world working together to combat the spread. But until the health crisis reaches a controllable level, the economic situation will likely remain grim.

In the current situation, the recession is likely to stay as countries around the world work towards stage-wise lifting of lockdown to kickstart the economy. However, even after the economy resumes, the impact on markets will have lingering effects, especially considering that global debt was already at record-breaking levels before the crisis began. However, the worldwide economies and Central banks are significantly more versatile and more grounded than at any other time. Heading to such a situation, countries working together would witness a quicker recovery, while trade policies need to go in the same direction.